Tonight is another big cable night. “DeGrassi: The Next Generation” wil fulfill all your melodrama fantasies on TeenNick at 8 p.m.

SyFy jumps in at 10 with the season premiere of “Sanctuary,” the Amanda Tapping post-Stargate project. DIY Network premieres “Kitchen Impossible” at 10, and we can’t forget “Dog Whisperer” at 9 p.m. on NatGeo.

The only big finale this weekend is MTV’s “Making His Band” at 9 p.m. 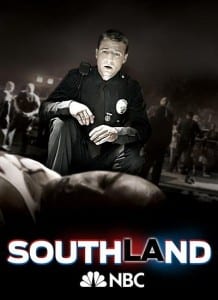 Southland is D E D dead, even though it never was officially alive. NBC pulled the plug on the drama before its anticipated season debut on October 23. No reason has been given, and six episodes were already finished and ready to air.

Southland was going to be aired on Fridays at 9 p.m., which has been a dead zone for television lately, with Dollhouse dying there.

ABC has ordered the full seasons of “Modern Family,” “Cougar Town” and “The Middle.”

The three shows have done well in the ratings, but no news has been announced on the Kelsey Grammer comeback “Hank” or the new show “Eastwick.”

Showtime announced a new webisode about Dexter called “Dexter: Early Cuts.” The series will premiere on October 25 on sho.com.

CBS may be bringing back “Hawaii Five-O” with a plot commitment for a revival of the series, written by Alex Kurtzman, Roberto Orci and CSI: New York executive producer Peter Lenkov. The original ran from 1968-1990.

Finally, Ellen Page is working with HBO to both write and produce a new comedy series called “Stich N’ Bitch” about two cool girls who move from New York to Los Angeles to try and become artists — and kind of artists. Page is working with actresses Alia Shawkat and Sean Tillmann, both of whom stared with her in “Whip It.”