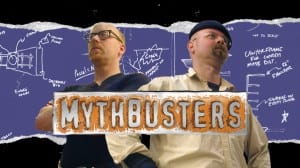 Investigation Discovery (for those of you who have it) has “The Bureau” about the FBI’s top cases, starting up at 9 p.m.

CBS will renew “Flashpoint” for at least 13 more episodes later this season. The Canadian import about a police “Strategic Response Unit” has been a rating success so far.

Bravo is expanding its “Real Housewives” brand with “The Real Housewives of D.C.” The cable network also renewed “New Jersey” for a second season.

“Curb Your Enthusiasm” had its best numbers in five on-and-off years on Sunday night, with 1.6 million total viewers at 10 p.m. for the “Seinfeld” reunion.

But the biggest news so far is this: “Monday Night Football” with the Vikings versus Packers gave ESPN the largest audience in the history of cable television and ESPN’s own best ranking in its history, attracting a 15.3 rating, or 21.8 million total viewers. It’s just a ridiculous number, as Brett Favre facing his old team boosted the game to a whole new level.