A recent study conducted by Indiana University discovered that young American teenagers use condoms more frequently than any other age group in the country.

The National Survey of Sexual Health and Behavior, which was published on Oct. 1 in “The Journal of Sexual Medicine,” evaluated the sexual experiences and condom use of 5,865 American men and women between the ages of 14 and 94. 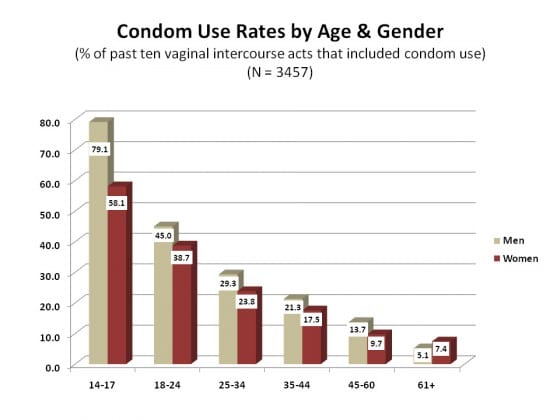 The study also concluded that condoms are used in 1 in 4 acts of vaginal intercourse, and are used twice as often during “casual” sex than during sex between partners in a relationship. It also found that black and Hispanic Americans use condoms more often than any other racial groups.

“These data, when compared to other studies in the recent past, suggest that although condom use has increased among some groups, efforts to promote the use of condoms to sexually active individuals should remain a public health priority,” said Michael Reece, director of Indiana University’s Center for Sexual Health Promotion.