We reported earlier this week that the long awaited and now confirmed Epic Mickey video game is to be a Wii-exclusive, but that doesn’t seem so likely any longer.

The Game Informer story said the game was coming “exclusively to Wii,” but according to 1UP, Junction Point, the team behind the game, are considering other options for the project. 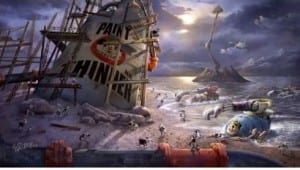 According to the source, all references to its exclusivity have been stricken from the story, but I guess we’ll find out for sure when the issue hits next month.