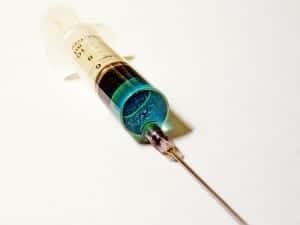 Chalk one up for the scientists: Health and Human Services Secretary Kathleen Sebelius has announced that preliminary tests have shows that the H1N1 flu vaccine produces a “robust immune response” with only a single dose, and will likely be available earlier than expected.

This signifies a shift from last month when government officials were warning Americans that the swine flu vaccine could be delayed or require multiple dosing. Because the vaccine will likely only require a single dose, it is expeted that even more people will be able to receive the vaccine.

High-risk patients will be allowed to receive the H1N1 vaccine at the beginning of October, while it will be available to the general public by mid-October.

The vaccine for the general flu season is widely available now, and health officials are urging people not to wait to get it. The flu season has started earlier than usual this year, and has proven to be rather virulent, aso early and wide vaccination is the government’s first line of defense against the coming flu season.