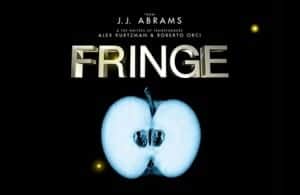 SAN DIEGO — There is one thing certain, “Fringe” the Fox television show, is not the typical science fiction series. A year ago, this edgy drama introduced audiences to a taboo area of science termed “fringe science.” Its focus and practices include genetically mutated humans, deadly dreams, necromancy and teleportation. Though often compared to another beloved Fox series, “X-Files” the show takes the paranormal to a heightened level.

The second season of “Fringe” has already been plotted out by the, Wyman said.

“Peter (Bishop) is going to learn a lot about his existence, who he is,” Wyman said. “We have many things we have that we want to bank out here as a character, and then actually make him the hero he needs and wants to become.”

Wyman explained the fate of Peter (Joshua Jackson) who ended the season with a cliffhanger, leaving fans wondering about his identity. “There are many things beyond the ideas of aliens” Wyman responded to the “no alien” stance from the show’s writers.

“The keys in the character and what is happening with the show and how it’s different than last year, is that we’re actually looking at the first season as a prologue” Wyman said.

The basic theme of science, it’s catastrophic and uncontrollable nature, is the angle the show has taken and molded since it started last year. What makes it interesting is finding the show is developing its own groove.

“You’re really going to fall in love, this year we work with Walter’s emancipation,” Wyman said. “Peter is going to start to come into his own, and develop in an internal way … it’s really all delicious.”

The series tries to transcend science and be a show about people, building on the back stories of the characters. The writers described Peter and Olivia’s (Anna Torv) relationship as a “brother and sister” pairing.

There are no current plans to develop any romantic storylines between the characters at the moment, which in many ways is a godsend. What makes “Fringe” one of the most successful pilots is its focus on adding drama with the occasional humorous banter. Family also plays a pivotal role especially between Peter and his formally estranged father.

Joshua Jackson gave his views on the relationship between father and son: “There’s always this state of play,” he said. “The big reveal in the end of the season will inevitably lead to break up, until that break up we’ll see them getting closer and closer.”

The strength of “Fringe” is its ability to explore uncharted realms of science, bring them to life, and through it provide a mirror to the world and lives of its characters.