Michael Jackson has enlisted the help of Lou Ferrigno, former Mr. Universe and the original Incredible Hulk, to get into dancing shape for his comeback performances. 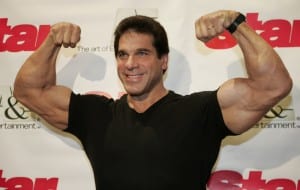 The Sun reported today that Jackson joined Ferrigno’s gym in 2007, but prefers to work out at home out of self-consciousness. Ferrigno now goes to Jackson’s Los Angeles home to work with him.

The task will not be easy. Jackson is currently battling skin cancer and the Sun has previously reported that the pop legend eats only one meal a day. A source also told the Sun that M.J. refuses to lift weights for fear that bulking up will only make the cancer tougher to fight.

“Michael is more delicate” Ferrigno said. “Our trainer conditioned him for dancing. He likes me – he feels safe with me, he feels protected.”