Yes The Sims 3 is coming to an iPhone near you; what with the insane marketing blitz EA enacted how could it not?

Details on the mobile version have been scarce, but if a picture speaks a thousand words we’ve got four new images to stare at (and learn 4,000 words?).

The screens, which look on-par with Wii graphics, show us a few things-the first of which is character customization to a degree.‚  The next is the idea of open world movement, as we know the big brother has, and finally that character to character interaction happens between mohawked dudes and company on the side of the road.

According to TouchAracde the title will last 10 hours, support accelerometer controls, and feature four mini-games-Fishing, gardening, cooking, and house repairs.

Furthermore, revealed at the Apple 3.0 update event, The Sims 3 will allow for in-app paid downloads, and most interestingly the ability to play any tunes from your iPhone/iPod Touch library in game. Cool.

As both a Sims fan and a soldier in the Apple army I’ll most likely end up picking up both, what about you? 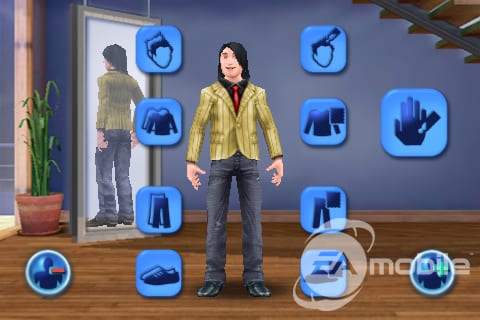 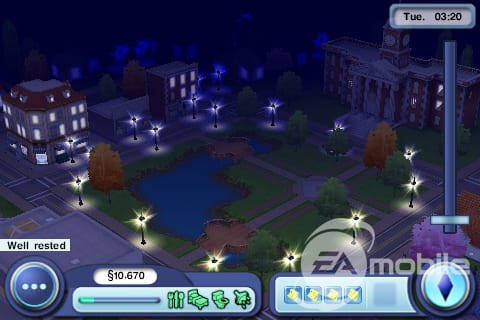 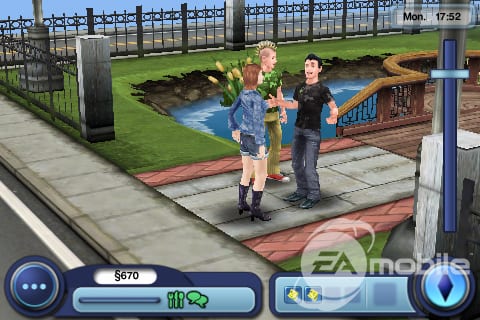 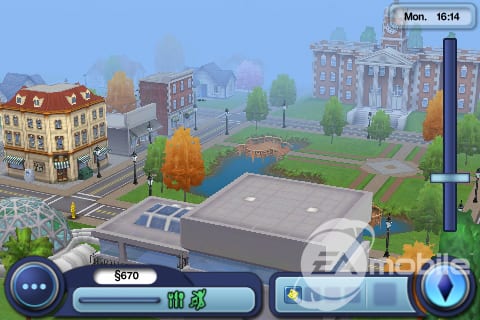