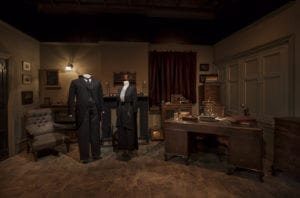 NBCUniversal International Studios and Imagine Exhibitions today announced that Downton Abbey: The Exhibition is moving to Boston. Following its widely acclaimed residency in South Florida, the immersive experience celebrating the global hit series, will open in The Castle at Park Plaza on June 15. Tickets for the limited run are available now via: www.downtonexhibition.com.

Downton Abbey: The Exhibition offers a chance to step inside the world of Carnival Films’ multi-award-winning global television phenomenon and soon to be released feature film.  Boston marks the third stop of the exhibition’s hugely popular US tour, which yesterday (April 22) completed a six-month stop in West Palm Beach; this followed it’s US debut in New York City where it was hailed by the New York Times as “a cleverly immersive experience mounted with the same exacting care as the show itself.”

“We are thrilled by the reception our exhibition has received in the US and we are particularly excited to bring Downton Abbey to Boston; the home of PBS, our wonderful partners on this series. It feels particularly fitting to be in Boston, where we know we have a loyal and very enthusiastic fanbase, during the opening of Downton Abbey the Movie in September.” said Gareth Neame, Executive Chairman of Carnival Films and Executive Producer ofDownton Abbey. 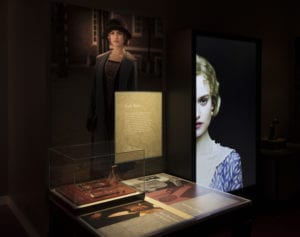 Dominic Burns, SVP, Brand Management, NBCU added: “The doors closed on our South Florida stop just yesterday and in just under two months, our sets and exhibits will be reassembled and ready to receive visitors in the very fitting venue of The Castle at Park Plaza. The exhibition is a must-see for every Downton Abbey fan, anglophile and history buff. It will also act as the perfect refresher before the fall release of the eagerly awaited Downton Abbeymovie!”

“Downton Abbey: The Exhibition will be a very popular draw in Boston for residents and locals alike.  In a city like ours, steeped in history and cultural connections with the United Kingdom, we anticipate the Boston installation at The Castle at Park Plaza to be a unique and exciting summer experience.” said Martha Sheridan, President & CEO of the Greater Boston Convention & visitors Bureau.

The exhibition offers never-before-seen elements connecting fans to their favorite characters, costumes, locations and historic events of the era, as well as showcasing exclusive footage. It provides a fascinating look at all aspects of the post-Edwardian period in which the popular TV series is set and offers in-depth insight into the remarkable events that shaped the world. From World War I to the Roaring Twenties, visitors will have the chance to learn about British society, culture and fashion.

The Boston exhibition will transport visitors on an incredible journey through the grand home of Downton Abbey providing an inside look into the world of the Crawleys and those that served them below stairs. From Mrs. Patmore’s hectic kitchen and Carson’s office, to the family’s glamorous dining room, fans will get the chance to walk through some of the series’ most recognizable and beloved sets. Visitors will also get an up-close look at over 50 of the show’s official costumes, worn by their favorite actors including Michelle Dockery, Hugh Bonneville and Dame Maggie Smith.