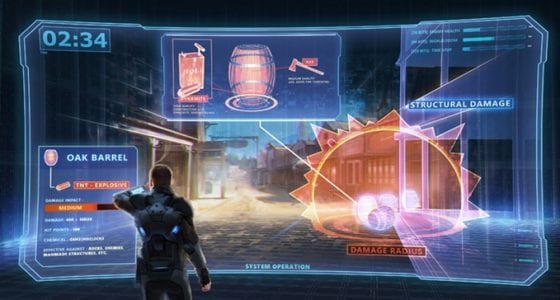 In their crowdfunding pitch, Romero lays out the building blocks for this ode to the golden age of PC first person shooters.

“BLACKROOM is the FPS you know we can make. Master fast, skillful movement with rocket jumping, strafe jumping and circle strafing. Wield intricately balanced weapons where each one has a specific use and does the damage that makes you feel good.”

The game takes place after a sort of holodeck known as HOXAR malfunctions and people start having visions. As a HOXAR engineer, you must manipulate the environment through your Boxel device which allows you to shift reality to your whim. Throughout a 10 hour long campaign, you must bring balance to the world once again.

Romero is one of the pioneers of the FPS, orchestrating the level design in legendary titles such as “Wolfenstein 3D,” “Doom,” and “Quake.” Along with Carmack’s artistic eye, iD Software’s titles defined the early days of twitch reflexes on the PC and set the standard for future games in the genre.

Their influence in competitive multiplayer is not lost with “Blackroom” as the game offers “a variety of multiplayer modes, including co-op, 1-on-1 deathmatch and free-for-all arena in a motley mix of locations including hardcore military sims, hellish infernos and interstellar space.” 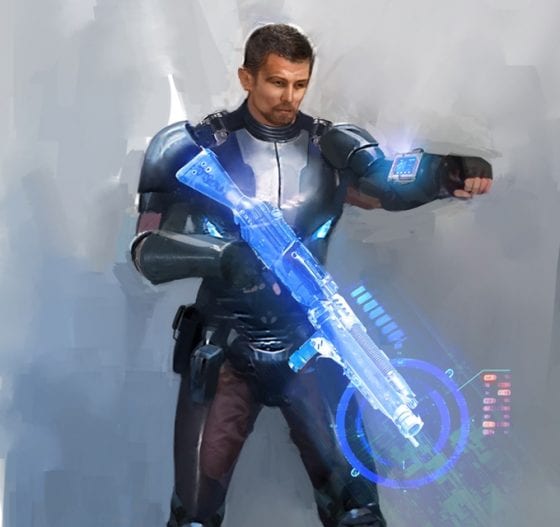 The shifting environments will give Romero the chance to flex his well-versed design muscles and build challenging levels without the constraint of an overarching theme. This, coupled with Carmack’s artistic talent, should give old-school first person shooters plenty to hype over as the game climbs towards its $700,000 goal. Backers are also encouraged to take part in a real life achievement hunt on the game’s Kickstarter page.

If funded, “Blackroom” will release on PC and MAC in the Winter of 2018.