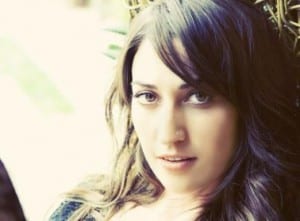 With a slew of hits like “Love Song” and her recent single “King of Anything,” Sara Bareilles is an artist on the rise of full fledge stardom and blooming with potential. On Tuesday night at sold out show at the House of Blues in Boston, Bareilles showed the crowed what she is capable of.

Bareilles busted on stage, sporting a killer pant suit, opening with the infectious “Vegas” from 2007’s Little Voice, proving the rest of the night was going to be easy on the ears for her fans.

First of all, this girl can sing. While it is obvious listening to her three albums that Bareilles is talented, it takes seeing her live to see what her voice can do. Throughout the night, she belted out several “oh my god did she really just hit that note.” Songs like the fan favorite “Gravity” and the heartbreaking ballad “Basket Case” are where the raw talent of her voice shines live.

On stage, the 30 year old songbird is so damn likable. Sassy, witty and penchant for dropping “F” bombs, Bareilles is a singer after this own writer’s heart. In between songs, Bareilles is cracking jokes and telling stories. The Boston crowd ate all of it up.

Bareilles admitted to the crowd that writing her recent album, Kaleidoscope Heart, was like “pulling teeth.” After much soul searching, she ended with 13 tracks that she says can border on “depressing.”

“The great thing about that was I got to see how depressed my fan base was,” Bareilles joked. “The most depressing songs are everyone’s favorites.”

One of the most playful songs of the night was “Gonna Get Over You,” which she dedicated to anyone “with a douchebag in their life.” Bareilles played her biggest hit “Love Song” in the middle of her set as almost every fan in the audience sang along word for word even taking over during the chorus. The feminist anthem “Fairytales” also proved to be a big proud pleaser as Bareilles explained this song is for “little girls to know that sometimes princesses can save themselves.” Her recent single, “King of Anything,” was greeted with the biggest applause of the night as she dedicated the song to “people who need to mind their fucking business.”

The night ended with “Uncharted” which was the perfect way to end an amazing night. Bareilles brought out her two opening acts on stage and had a full out blues styled jam session. The energy was palpable as it filled the House of Blues ending with Bareilles rocking out on top of her piano.

Clearly demonstrating the wide range of talent she has, Bareilles proved she is an artist to look out for.