I am blown away. Seriously, I have to applaud everyone who made a game in 2013. Because of your hard work, this year can comfortably stand alongside 1998 and 2007 as one of the greatest in the medium’s history. Any of the games below can fight for a place in any best of the year lists and I would be surprised if some of my top 5 don’t make their way into best of all time lists. Despite the new consoles stealing most of the media spotlight, the following games made sure we did not discard our old investments. What a way to close out a generation. 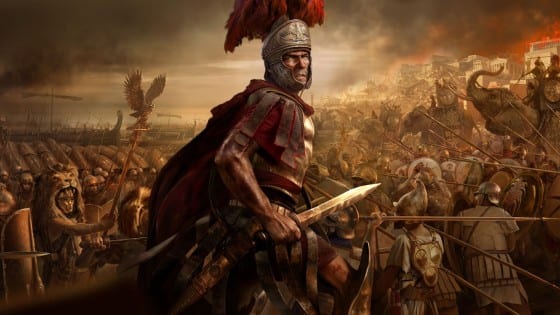 The epic empire building simulator did not get the warmest of responses when it came out late last year. However, after multiple patches and tweaking by the developers, the current product is arguably the best strategy game of 2013. Company of Heroes 2 gave a rather weak showing and I still have no idea what I am doing in Europa Universalis IV. The game I keep coming back to despite some of its irksome tendencies is Rome II. As far as grand scale in both empire management and battle tactics goes, Total War continues to stand far above anyone in the field.

Few outer space games truly capture what makes the deep unknown scary. It is not the fear of dying or getting sucked out by an air vacuum. It is that dense coat that falls on your shoulders when you realize just how alone you are out there. The Swapper’s main gameplay spin lets you clone yourself in an attempt to battle this fear. Beautifully haunting beyond anything I could have imagined, this unique puzzle game still resonates in my head stronger than any other sci-fi experience this year. 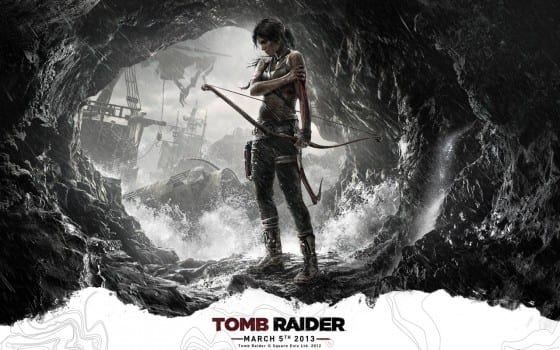 The original Tomb Raider died when Uncharted was born. The series continued to trudge along and despite not putting out a bad game since Angel of Darkness; they were completely overshadowed by what Nathan Drake was doing. Come 2013 and the classic heroine is getting ret-coned into places Naughty Dog would never go. This latest effort was a visceral, out of left field experience that felt strangely like an old Tomb Raider game. Creative and gripping, this new Lara Croft has got me excited for where the series will go from here. 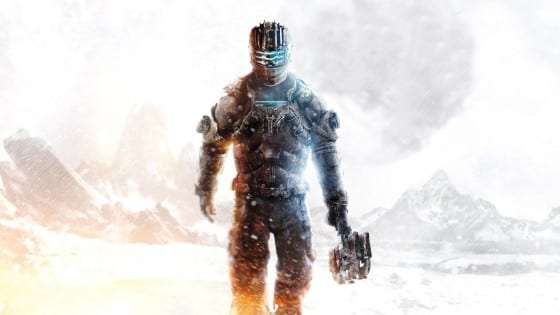 The ice level. When games and movies have run out of ideas they always throw an ice level into the mix. Luckily for Dead Space, this ended up being the best move for the series. Hearkening to the 80’s classic “The Thing,” Dead Space 3 brought a slew of gameplay improvements, brutally awesome combat, and a not so terrible story to mark it as the strongest candidate for game of the year this series has ever had. 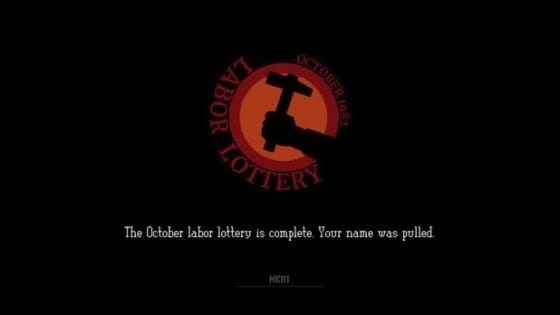 Tell your friend what Papers, Please is about and they will probably laugh at how mundane it sounds. You work at an immigration checkpoint in a made up Soviet country in the 80’s.  Show them a screenshot and your point becomes even harder to come across. But sit them down with the game for just ten minutes and they will understand just what makes this game unlike anything else I have ever played. Thousands of movies have tried to capture what it was like living behind the iron curtain, even more books have delivered their accounts of what really happened. Papers, Please gets the point across by giving you a simple task and an sleepless eye over your every move. As an immigrant myself I fully understood where these people were coming from, and this game made me come to grips with why the person behind the glass has to hit the “DENIED” stamp. Glory to Arstotzka. 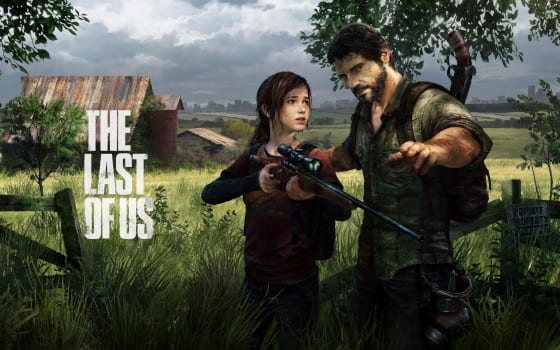 Why do you play games? Everyone has a very different answer to the matter, but I personally like to place myself in the shoes of someone I could never have the chance to be. The Last of Us did that for me. It let me see how a father deals with loss when nobody has anything, how he tries to do his job as professionally as possible and how he must make a huge sacrifice to protect a daughter that isn’t his. Wrap that conflict around a masterfully realized world and some well executed gameplay mechanics and you have one of the best games of the last console generation. 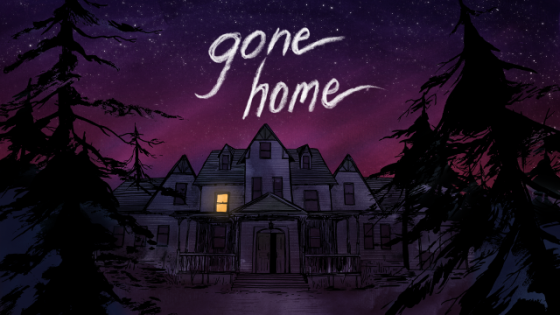 We as gamers face the near impossible conflict of trying to be taken seriously when our very own industry is struggling for identity. You can rave all you want about how much of an emotional roller coaster a game like The Last of Us or Red Dead Redemption can be but in the end your argument becomes mute once you realize that the core gameplay revolves around shooting people in the face. If a game does not provide an intense gameplay loop, then we won’t play it. There are exceptions to the rule, but the majority (like Journey or Kentucky Route Zero) are a bit too abstract for the average person to fall in love with. Gone Home hits that balance between bringing a unique story that can only be experienced through a game and making relatable to anyone who was ever a teenager. What makes it even more engrossing is just how many layers there are too the story, and how you go discovering them by simply exploring and building connections in your head. It is this lack of handholding and maturity that video game stories need. Few times do I run into a perfect narrative structure, especially in a video game, but Gone Home gave me just that. 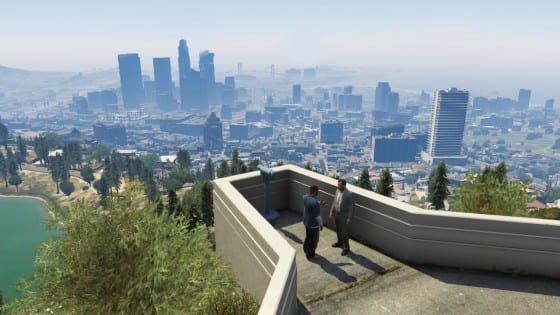 The king has returned. Seemingly unable to produce a bad game, Rockstar continues their tradition of making their games bigger and even more ambitious. Taking hold of three playable characters was done so well that I feel any future GTA games will be lacking without it. The world is even more expansive and there is more to do than I ever thought possible. It is like an Old Country Buffet of gaming, with each dish so well made and filled with fatty crap that isn’t good for you than you just have to come back. I sometimes wish that I didn’t have to play so many games so that I could just get lost in Los Santos a little bit longer.

Some more thoughts on GTA V 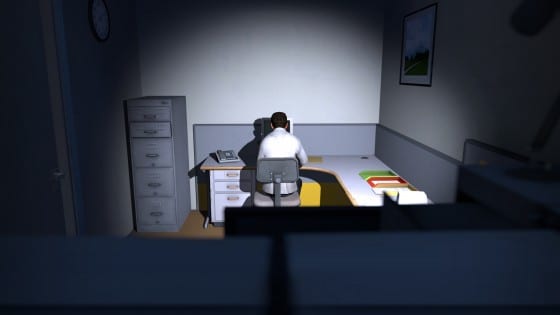 A game that makes fun of games. No, not like that failed Will Arnett project. A game that really gets into your head and forces you to step back and see what exactly you are doing with your time. The Stanley Parable is one of those experiences that can make you sound like a lunatic trying to explain it, and could potentially drive you into insanity if you try to understand it. It also makes you laugh, just to drive home how crazy you look while playing it. In what can unofficially be dubbed “The Year of the Indie” The Stanley Parable shows everyone exactly why it is worthwhile to step out of the Triple-A spotlight and invest into some hidden talent. 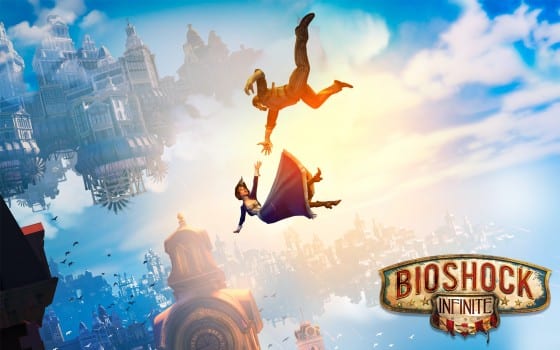 It will be some time before we really understand the importance of Bioshock Infinite. More than any game this year, or of this past console generation, it is a product of its time. It acts as an affirmation for what video games can be when they realize they are more than means of entertaining us. Near perfect shooter mechanics, a completely engrossing story filled with well-rounded characters, mature themes and a depth in symbolism for the time we are living in that I could write an entire term paper about it. Never before have I been so convinced that video games need to reach a larger audience than with this title. It fully encompasses the state of gaming in 2013 and lays out a bright future for any auteur brave enough to take on this medium. Ken Levine deserves a Nobel Price.