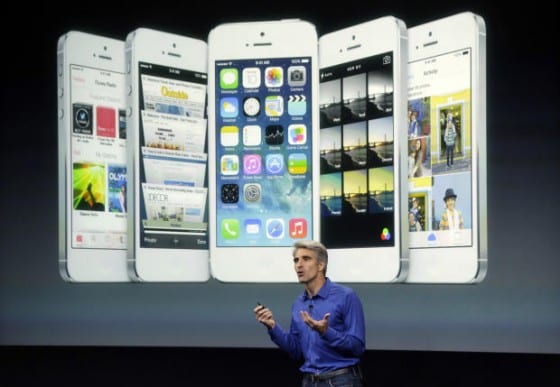 Everyone was waiting for Apple to announce the new iPhone — today, they announced two, and they’re radically different.

The iPhone 5C, hitting stores on September 20 (pre-orders start on the 13) will feature a 4 inch display and a plastic, hard coated body and comes in five colors; green, white, blue, pink, and yellow. The cheaper design will also allow the electronics giant to sell the 5C at a much cheaper price, $99 for a 16GB model or $199 for a 32 GB model, with contracts. “In the past, when we’ve launched a new iPhone, we lowered the cost of the old iPhone, making it more accessible to new people. But this year, we’re not going to do that,” Apple CEO Tim Cook said at the press conference.

The iPhone 5S is more of the traditional iPhone upgrade and features a ton of new features and tech. Featuring a similar 4-inch screen, the 5S also has an upgraded A7 chip and is the first smart phone to pack 64-bits. “The PC world made the transition from 32 bit to 64 bit and it took years. Today you’re going to see that Apple is going to do it on one day,” Apple’s Vice President Phil Schiller said. The 5S’s computing speed is said to be roughly 40 times that of the original iPhone and feature a much improved battery, allowing for 10 hours of LTE and Wi-Fi browsing, 40 hours of music and 250 hours of standby time. The phone will retail for  16 GB for $199, 32GB for $299 and 64GB for $399, with a contract. It will also go on sale September 20.

A few other quick notes; the iPhone camera is getting a major upgrade, with an increase to 1.5 megapixels and a new ability to measure and detect white balance. It will also have a finger-print sensor built into the home button, to be used to unlock the phone or make purchases. Apple concluded the day by saying that their recently unveiled operating system, iOS 7 will be ready for all modern Apple products on Wednesday, September 18.