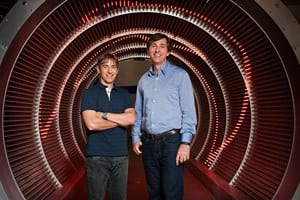 Zynga, publishers of Farmville and other games you delete invites to has named Don Mattrick, former President of Interactive Entertainment Business at Microsoft as its new CEO. Mattrick will also become a member of the Board of Directors and will report directly to Mark Pincus, the company’s founder and Chief Product Officer.

Don is unique in the game business,” said Pincus. “He can execute in multiple domains– hardware, software and network, and he’s been the person responsiblef or game franchises like ‘Need for Speed,’ ‘FIFA’ and ‘The Sims.’ He’s one of the top executives in the overall entertainment business and he’s a great coach who has inspired people to do their best work and build strong, productive teams. He deeply understands the value of a network and the importance of creating lifelong consumer relationships.”

Mattrick, 47 is most well known as the corporate face of the Xbox brand. He’s taken the lead on Microsoft’s most recent E3 press events and even unveiled the Xbox One to the world earlier this Summer. He also previously worked with EA Sports as the President of World Wide Studi

“Don turned Xbox into the world’s largest console-gaming network, growing its installed base from 10 to 80 million and transformed that business from deep losses to substantial profits,” Pincus continued. And he has grown the Xbox Live player network from 6 to 50 million active members in 41 countries. Going forward, I’ll continue in my role as Chairman and Chief Product Officer. I’m excited to partner with Don and the rest of our team to return Zynga to its leadership role in inventing and growing Play as a core human experience.”