After nine long seasons, we finally say goodbye to the Office and our favorite bunch of paper sales workers from Scranton, PA tonight. The episode, airing tonight on NBC will feature the wedding of Dwight and Angela along with what looks to be a Q&A with the employees of Dunder Mifflin following the airing of the documentary filmed over the shows run. One question still remains though — will Steve Carell make an appearance as former Regional Manager Michael Scott? 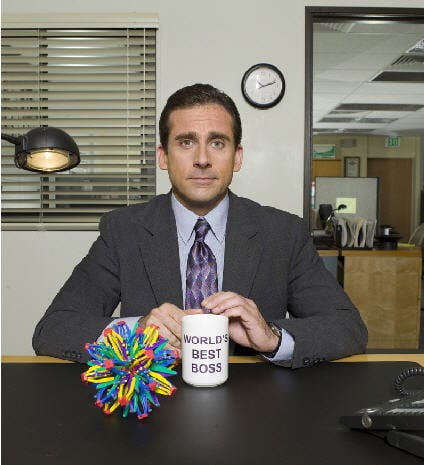 Office show runners have given a slew of reasons why Carell wouldn’t make an appearance, citing that the star wasn’t available at the time the finale was shot and that bringing the character back after the sendoff he was given tewo seasons ago wouldn’t feel right. “I think Steve felt, and I agree, that the ‘Goodbye, Michael’ episode was his goodbye and he didn’t want to overshadow the ending that all the other characters deserved,” US Show runner Greg Daniels said in a recent interview. Another former star, Mindy Kaling, who played Kelly Kapoor alongside Carell for eight years was recently on the Late Show with David Letterman and played coy, saying that she could not remember whether Carell makes an appearance before admitting that she signed a non disclosure agreement and didn’t want to lie to the host. So why would she need a disclosure agreement if nothing happened?

Rumors have Carell making a cameo appearance, rather than having a major role in the finale. So just how could this happen? You don’t think Dwight is going to invite Michael Scott, his one time mentor to his wedding?  And what about Scott making an appearance to talk about the documentary he was very much a part of?

What do you think will happen when The Office says goodbye? Sound off in the comments!