Despite what hundreds of “hottest” game character lists may want you to believe, sexualizing video game characters is not all it’s cracked up to be. If game characters were real, they could easily be plagued with any number of bedroom problems such as performance anxiety issues, poor coordination, or just general lack of skill. So, after thorough examination and vigorous research, here is the list of video game characters that would be bad in bad. 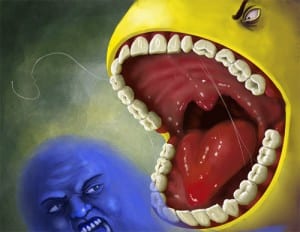 Does this guy look gentle to you?

Being a disembodied head may severely limit his sexual repertoire, but that doesn’t necessarily turn everyone off. If he only has one move, he must be great at it, right?  Wrong. I doubt that Blinky, Pinky, Inky, or Clyde would describe those flapping jaws as tender butterfly kisses. Furthermore, even those that are into extremely rough oral antics wouldn’t be able to maintain their arousal with all that mind-numbing “Woka Woka Woka” echoing off the bedroom walls.

Clearly he is up for experimentation.

Saying that this guy has baggage is like saying Godzilla mildly annoyed Tokyo.  Years ago Isaac may have been a gentle, caring lover, but a lot has happened since his visit to the USG Ishimura. This guy has seen and done things that would derail even the kinkiest sex drive.  But even if someone finds the thousand yard stare of a PTSD patient sexy, who would risk getting busy with a guy who, at any moment, could hallucinate and envision a the walking, mangled corpse of his ex in the corner of the bedroom?

Yes, he is dreamy. Yes, every girl wants to be with him and every guy wants to be him. Naughty Dog was able did make us all fall for Mr. Drake’s charm and wit but unfortunately, with great charisma comes great expectation.  With all the hype, how could Nate even come close to fulfilling these expectations?  He simply couldn’t.  Also, take a close look at his past. He may have been saving the world in Uncharted 2, but in Uncharted 3 he was simply after treasure, selfishly putting his friends in danger and murdering everyone who got in his way! Don’t kid yourself. After getting his own rocks off, Drake is more likely to climb out the window than spoon.

Who are you calling fast?

Do I really have to explain? He’s the fastest thing alive! But even people that are into extreme quickies with anthropomorphic blue hedgehogs couldn’t overlook his other flaws.  The 1993 cartoon Adventures of Sonic the Hedgehog showed us that Sonic is unexplainably obsessed with one of the unsexiest foods ever: chilidogs!  Chilidog burps and farts aside, that whiny, annoying voice ensures Sonic’s pillow talk sounds more like Steve Urkel than Stefan Urquelle. 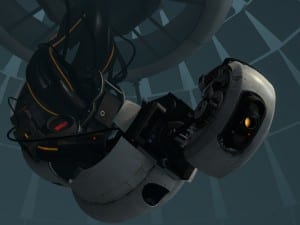 Your sexual prowess is a lie.

Even if one were able to figure out exactly how to physically have sex with a sentient computer program, hooking up with GLaDOS would not be a good idea. Whereas she is only able to achieve satisfaction by forcing individuals to risk life and limb in a series of “tests”, GLaDOS is surely on a level of kink unimaginable (and unsustainable) by the average human. But even you were “Chell” enough to survive a night of passionate “testing”, this passive aggressive AI wouldn’t stop there. Before you know it, GLaDOS’s ruthless manipulation would leave you penniless, with nothing to show for it except a companion cube and a stale slice of cake. 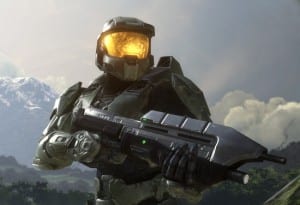 Yes, we are all impressed by the size of your rifle, Chief.

Saving the entire known universe doesn’t make you a stud. Chief’s deep, gravelly voice may initially attract a few UNSC groupies, but it’s only a matter of time before they realize he’s got less personality and wit than a flood infected grunt. Plus, he never takes off the armor, even for a second! He may say that he just enjoys the inner layer of hydrostatic gel against his skin, but it’s obvious that he’s hiding something.  Perhaps all that time in the cold vacuum of space has turned his Magnum into a Needler. 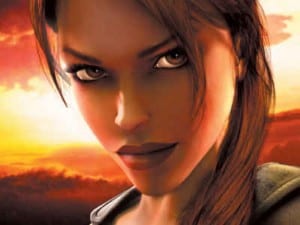 It would be over before it started.

She’s curvaceous, athletic, and flexible.  She was also the first character to become an international sex symbol recognizable outside of video game culture.  So why is she on this list?  Well, with a resume like that the bar has been set so high that disappointment is inevitable.  But even if she could fulfill every drooling fanboy’s fantasy, it takes two to horizontally tango.  Lara is high class, highly disciplined, and demands the best. Plus, she is highly outspoken and isn’t afraid to say what’s on her mind.  Maintaining your state of arousal for the marathon sessions Lara is undoubtedly used to wouldn’t be easy, especially after she makes you aware of your disappointing performance. After walking out of Lara’s bedroom you’d be more likely to hang your head in shame than high five your bros.

There you have it; undeniable proof that reality can ruin everything, even your deepest fantasies.  Can you think of any other characters that would disappoint their lovers? Let us know in the comments!