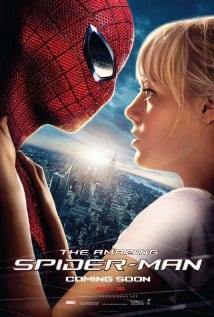 My spidey sense is tingling, and it tells me there is a reboot in the air. It’s hard to pinpoint exactly when the reboot trend started. Maybe it’s when Alfred Hitchcock remade The Man Who Knew Too Much in 1956 (he directed the same movie in 1934), or when William Wyler’s update of Ben-Hur came out in 1959 (the first was the silent classic from 1925). Remaking films and updating old stories has certainly been going on since the inception of the movie business, though I don’t think the likes of Hitch and Wyler had in mind franchises and merchandising when they made their films.

Most likely, the “reboot” as we know it today began sometime in the 1990s when old television shows were turned into feature films and new versions of old movies followed suit, with a special focus placed on creating series of films for comic book heroes and the like. Whatever the origins of the reboot, the trick worked and audiences were hooked. In the past 20 years, we’ve seen everything from “The Brady Bunch” movies to “Conan the Barbarian” to “The Smurfs” to the “Batman” movies.

I used to joke that sooner or later, they’d be making the reboot while the original was still in post-production. I don’t know if there is any kind of rule about the number of years an original and a reboot must be separated, but it seems to be narrowing. Spider-Man with Tobey Maguire and Kirsten Dunst swung onto the scene in 2002. Two sequels soon followed. Now, in 2012, we have a reboot of the story of Peter Parker, this one called “The Amazing Spider Man” with Andrew Garfield and Emma Stone in the leads. My joke has become a self-fulfilling prophecy of sorts. We’re under ten years between original and remake.

The famed web-slinger’s 2012 adventures come at you in 3D. I was never a Spider-Man comic junkie, but it’s the same basic set up. Nerdish Peter Parker is bitten by a suped-up spider and assumes its abilities. With a little science, he’s able to fashion web shooting devices and takes to the city streets to bring criminals to justice. Just like Charles Bronson in Death Wish, he’s at once misunderstood and celebrated as a vigilante. Unlike Charles Bronson, Spider-Man must also confront another genetically modified entity, The Lizard—though I wouldn’t put it past Bronson to be able to stare down any life form.

“The Amazing Spider-Man” has many thrilling and charming moments, but it’s also quite silly at times. The plot is too often convenient, predictable, or simply too hard to believe, but just about the time when you roll your eyes something humorous or dazzling happens and the film rescues itself—not to mention a few innocent bystanders.

Martin Sheen and Sally Field play supporting roles, the latter being quite a surprise. Sally Field in a 3D, summer, action, comic-book tent pole? What’s next, Norma Rae Vampire Hunter or Sybill Gets Revenge? I suppose Smokey and the Bandit is the most camp Field has ever done but even in this movie the actress plays it straight up, as the perpetually worried and brow-furrowed Aunt May. Sheen is the doomed Uncle Ben who, between him and Field as the two heavyweights in the movie, seems to turn in the better performance.

“The Amazing Spider-Man” will do well, and audiences will enjoy it, but nothing new is really explored in this movie. The Spider-Man universe neither expands nor contracts with this edition. It feels content to fly from roof top to roof top, as if its kinetic motion is the most we should take away from it.

In any event, odds are your friendly neighborhood Spider-Man will be coming your way again with a reboot in about five years. I believe the cameras are already rolling.