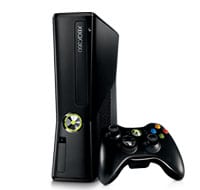 Head of Microsoft Studios Phil Spencer recently assured fans that the 11-year-old Xbox 360 is not nearing the end of its lifespan.  Despite E3 rumors abound regarding Star Wars 1313 and Watch Dogs running on next generation consoles, and analyst’s predictions that both Microsoft and Sony will need to announce their next generation consoles before the end of the year, Spencer told Gamespot that Microsoft is comfortable with its current situation.   “The nice thing about the Xbox 360 right now is–if you look–we’re the number one console globally,” said Spencer. “We’re able to bring in new content and still support the best of the core games.”

The E3 announcements of the Xbox 360’s upcoming Explorer web browser, along with Microsoft’s Smartglass technology, do lend credibility to the idea that the Xbox 360’s lifespan is not over.  “Right now,” said Spencer, “the Xbox 360 is really healthy and it’s doing incredibly well. I think the 360 has a lot more than two years [left]. It has legs for a long time.”

It should be noted however that the launch of their next generation console does not necessarily mean that Microsoft would immediately stop supporting the Xbox 360.  When Sony launched the PlayStation 3 in 2006, they continued to support the PlayStation 2 for years.  In fact, a PlayStation 2 iteration of the most recent of EA’s Madden series, Madden NFL 12, actually exists.  However, if one looks at Microsoft’s track record, things aren’t so shiny.  When Microsoft released the Xbox 360 in November of 2005, they failed to follow in Sony’s footsteps, requiring the original Xbox to be removed from stores before the launch of their newest console.

But if you’re an Xbox 360 owner, don’t worry; you won’t be pawning you console anytime soon.  If E3 showed us anything, it’s that Microsoft is still heavily invested in the Xbox 360.