Though the Wii version of the game has been out everywhere else since 2009, New Play Control! Pikmin 2 will finally be coming to US shores this June, according to a scanned copy of the May issue of Nintendo Power. 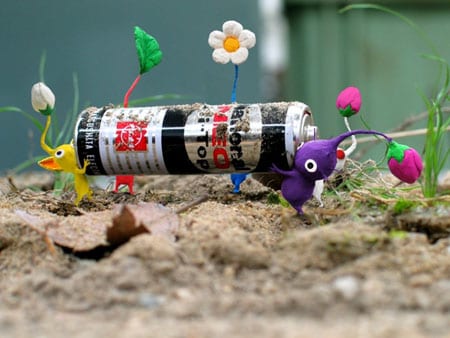 Pikmin 2 follows the story of Captain Olimar who returns to his home world of Hocotate after his treasure-hunting adventures in the first game only to discover his employer is still in debt. Sent back to the mysterious planet, Olimar is joined by his partner Louie, who together must ransack treasures like bottlecaps, batteries, and other things we might consider junk. They befriend small plant-like creatures called Pikmin that help them pick up different objects, fight off enemies, and create pellets that make more Pikmin for Olimar to control.

The added Wii motion controls make the sadistic act of throwing Pikmin a simple flick of the wrist. You can also aim at the screen to direct your army of Pikmin where to go.

It’s great Nintendo is letting more players discover the joy of Pikmin, especially since they are working on the third game in the series for Wii U. Great timing, eh?