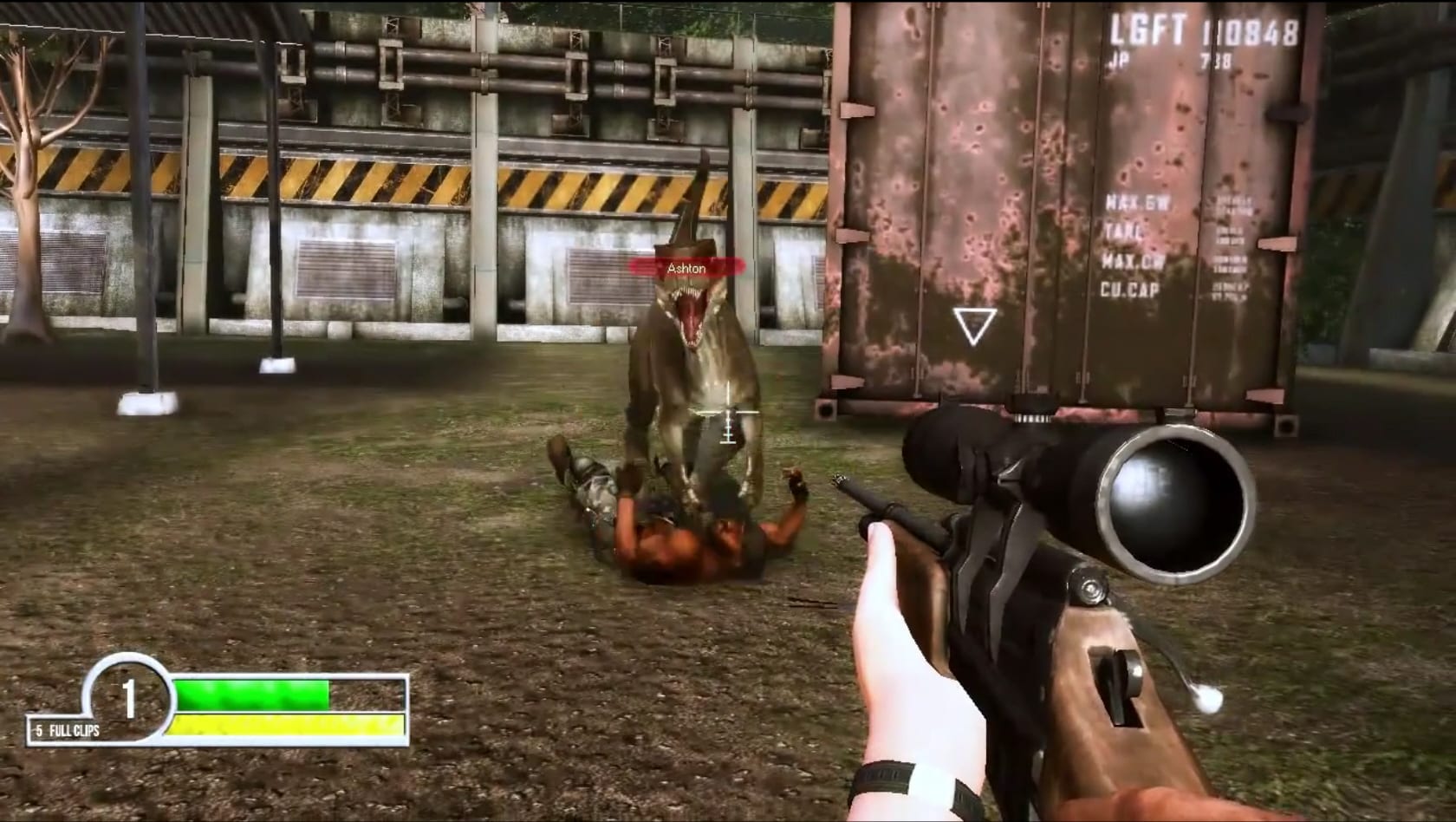 Primal Carnage is an upcoming game starring dinosaurs. Let me start out by saying I wasn’t keen on this idea as the last game I played involving dinos didn’t leave a good taste in my mouth. Thankfully, Lukewarm Media’s upcoming PC title is anything but Jurassic Park: The Game. Sure, it may draw some inspirations from the James Cameron films, but this game takes place in a whole different park.

This weekend at PAX East, Primal Carnage Assistant Producer Garrett Austin walked me through the basics. The game is divided into two teams: dinosaurs and humans, with each team having five distinct characters to choose from. Each human character has special skills to deal with certain dinosaurs, but so do the dinosaurs. Think “rock-paper-scissors,” Austin said.

Team dinosaur includes the stealthy Raptor that acts as the assault class; the big bad T-Rex that takes lots of beatings but is the slowest of the bunch; the versatile Dilophosaurus that can blind enemies from a distance with its acid spray attack; and finally, the Pteranodon that can swoop down, grab enemies, and drop them to their death. There is also a fifth class, the tiny Compsognathus, but it wasn’t playable. Austin told me they will act as the game’s horde class, letting you control a mob of dinosaurs to overwhelm your foes.

One of the first things you’ll notice when playing on the dinosaur team is that you play through a third-person perspective. After trying each dinosaur, I immediately fell in love with the sneaky raptor capable of instantly killing anyone with one quick pounce. Its only drawback was its low health, which could only be replenished by traveling outside the main battle zone to find and feed on animal carcasses. These are carnivores after all and require meat to survive. The T-Rex, however, is the only one that gets health from the humans it swallows. Pretty nifty considering how slow it is. Speaking of speed, jumping, running, or even pouncing on enemies drains your dino’s stamina bar that replenishes over time.

Though I was having a blast dominating with the dinos, I then played on the human team and realized how different it felt. Humans play using a first-person perspective and come with their own set of weapons and equipment. The Scientist is the sniper and can shoot tranquilizer darts to disorient the dinosaurs; the Commando is your powerhouse player complete with rocket launchers; the Pathfinder carries a shotgun, can fire flares, and has a dog by his side to alert him of incoming attacks; the Pyromaniac is a close-ranged attacker that wields a flamethrower and chainsaw; finally, the Trapper can trap dinosaurs in his net and then finish them off with one quick slice to the neck. Humans are naturally weak, so the most effective way to survive, Austin mentioned, is to stick together and support one another.

Like I said, I never thought playing as a dinosaur would be so much fun. Personally, I did feel they had an advantage over the humans simply because their attacks felt stronger. One pounce from a raptor, one bite from a T-Rex, and one grab from the Pteranodon was enough to kill someone. I also felt that the dinosaurs were faster and more durable to attacks, so trying to beat them was tricky and required teamwork. Still, the game is in its pre-beta phase, so what I played is still a work in progress.

Lukewarm Media is marketing the game as a multiplayer online game with hopes of allowing 12-16 players per match. Austin mentioned that they are working on implementing additional modes like Capture the Flag, but they’re trying to do it in a way that makes sense. Why would dinosaurs need to capture flags or bases anyway? He also mentioned his team is still considering including a single player mode.

We may not know why humans are fighting dinosaurs or why they’re in the same time period – the team is still working on that – but I did find out that Primal Carnage is a game I can’t wait to play once it comes out.