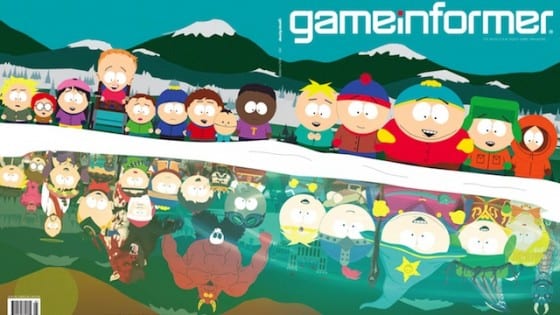 Well that came out of nowhere. It seems that Obsidian, the folks behind Fallout: New Vegas, and Star Wars: Knights of the Old Republic II are teaming up with THQ to create an RPG based off of South Park

Okay, Okay..I hear your groans, but it the developers swear that this isn’t a cash in like the other games that featured the characters. As unveiled in this month’s Game Informer, the game will reportedly follow the show’s four main characters, Stan, Kyle, Cartman and Kenny as they defend their town from various threats.  The game gets immediate points for having Man-bear-pig on its first image.

South Park: The Game is due out in the second half of next year for the PS3 and Xbox 360.