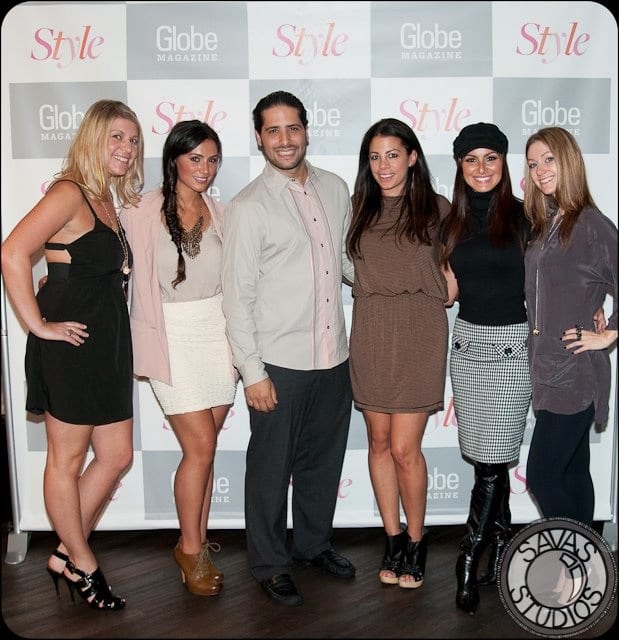 The bevy of black-clad concierges, with their earpieces and iPads, look less like a welcoming committee and more like the fabled Style Police come to life. That, or a remarkably well tailored unit of the Secret Service. Pass them, however, and the Boston Globe Style Cover Party feels less like a high stress, high security event and more like a bunch of incredibly well dressed friends wanting to catch up over drinks. It’s odd that the group is so large, and stranger still that everyone has chosen to quaff identical pink cocktails, but the atmosphere is so easy, so collegial, that the fact that 25 of the attendees have been lauded by Globe Style as Boston’s Most Stylish fades into the celebratory atmosphere. Almost.

The buoyancy of the room is a credit to the event’s styling. The Petite Robert Central bistro boasts an exclusive, yet accessible, vibe. The winners, unmarked, are left to float from one group of pink martinis to the next with no itinerary other than to raise a glass to style.

The top 25 are an eclectic bunch. The list includes a bartender, a Bruins player and an MIT professor. It is perhaps surprising that the winners do not want to revel in their status a bit more; that they do secretly want to be cajoled into thanking their parents, their favorite designers, their far away aunts who subscribed them to Vogue at 14. Fame of this sort is destined to be short-lived. As a rule, anyone who makes the list  once won’t make it again. This is the draw of Globe Style’s list: it’s bound to be unique.

Moreover, the no repeat rule forces the hand of serendipity. Globe Style editor Hayley Kaufman dropped into Cuchi Cuchi for cocktails and left with an idea for this year’s cover girl. “It was my anniversary so I didn’t accost her right then, but I made sure to get back in touch,” said Kaufman. 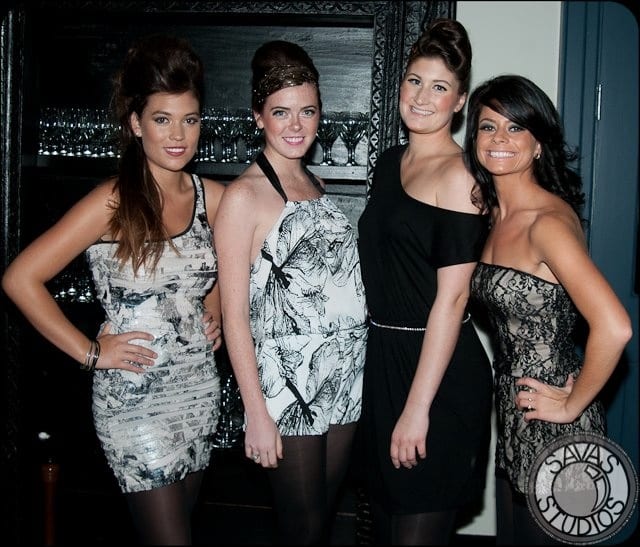 The list is compiled by Globe Style’s permanent and freelance staff and is slimmed down from 40 to 25. When asked whether or not the winners are ever surprised about their titles, Kaufman says that yes, it happens. Most, however, are simply happy.

Lisa Pierpont, founder and editor in chief of Boldfacers.com, was thrilled when she found out she was a part of this year’s top 25. “You have to understand, my parents were clothing designers, so in my family, this is basically the Nobel Peace Prize,” said Pierpont.

Boldfacers.com pointedly celebrates all sides of life: the light, the heavy, and everything in between. When asked if her publication’s manifesto applied to her closet, Pierpont replied, “Yes! I love mixing things up. I love contrast and contradiction and unpredictability, executed not in a reckless way but with a fresh and compelling hook. I am drawn to one spectacular, out-of-the-ordinary Boldfacer piece–it could be Prada or H&M–and style around it. I love discovering the spark in an individual, and I dig creating the sparkle in an outfit.”

For Pierpont, style is a way of expressing what makes you tick. “Life’s ups, the downs, working, having children, traveling…all those experiences ooze from our pores, don’t they?” she said. “And how we present ourselves to the world reflects that, I think. Dressing to me isn’t about the right label or a fancy designer, it’s about expressing who you are and how you make choices in life–whether it’s selecting career in law or a lime green Gucci wallet.”

Watching the crowd at Petite Robert, it becomes obvious why no one feels compelled to stand up and verbally express how they got here and why to the crowd. The top 25 Most Stylish Bostonians are in league with Pierpont’s point of view. They wear their personalities on their sleeves, and look damn good doing it.