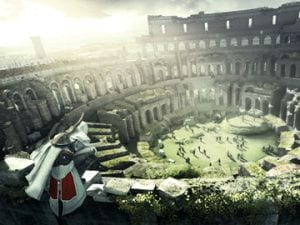 Ubisoft has announced that it has ceased production on it’s Assassin’s Creed 3DS title; Lost Legacy. The studio claims that the move was made months ago and has nothing to do with slowing 3DS sales.

“[The cancellation] was a decision made back in September 2010,” Martinez said. “It wasn’t due to anything that took place,”  Ubisoft CFO Alain Martinez said in a statement. “We felt the machine already had a number of hardcore games for its release.”

The cancellation couldn’t come at a worse time for Nintendo, as mere days ago it was announced that Capcom had ceased production on Mega Man Legends 3,the franchise’s highly anticipated debut on the system as well as Sega delaying two titles.