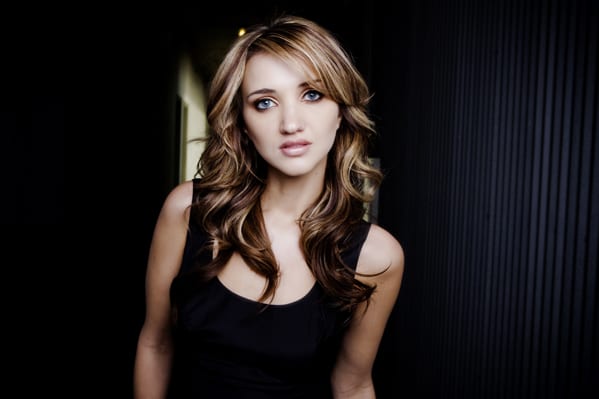 Sarah Darling, an Iowa-native making it big in the country music scene, has been crafting an incredible reputation for herself as she makes the cut for CMT Network’s Top 20 Countdown and Top 5 on GAC. With Darling’s new music video for the soundtrack “Something To Do With Your Hands” and her double disc album Angels & Devils, released in February, the eclectic singer and songwriter is showing a very intimate side of herself.

Darling began singing when she was growing up in Des Moines, IA., and the realization of her musical talent came when she was 13-years-old and performed for the first time at a state fair. At age 20 she turned the talent into a career.

Darling’s father had introduced her to music with an Eagles album, her first CD. She then developed a taste for Shania Twain which perpetuated her into country music.

“At that point I knew that’s what I wanted to do forever,” Darling said as she reminisced on her childhood experiences with music. 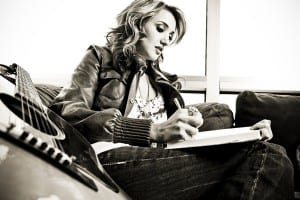 With a guitar in hand, Darling wrote Angels & Devils in hopes that people will walk away with something that they didn’t have before. She described how the album serves as a turning point in the way her writing has changed.

“It’s definitely more grown up,” she said. “Every Monday morning is so different. Writing changes as you get older. You start growing up. The fact is that I’m growing up.” With these points in mind, Darling can reach out to her listeners and give them a female voice in which they can relate with.

She writes her lyrics based upon personal experiences because with country music, as she described, people are often more open with their feelings. As a result of this, the feeling of the music is different.

Darling feels that songs like “The Boy Never Stays” says something to her audience about an obstacle that everyone goes through: heartbreak.

She continued, “Everybody has a heartbreak and a first love.”

“Bad Habit”, another track from Angels & Devils, is one of Darling’s favorites because it brings her back to her small town.

“You’re young and you fall in love,” Darling said as she described the song. “I love that!”

The budding country artist can only move forward at this point. Darling hopes to continue playing out shows similar to her performance at Carnegie Hall and meeting people as she writes more songs.

“For me, my goal for music is to always do it. I’d just like to go as far as God wants me to take it,” Darling said.

The business aspect of the music industry may serve as an issue for Darling; however, the emails from fans that really love the music help her in continuing the career she has started.

“I’ve learned that it takes patience and perseverance,” Darling said. Darling will continue on with the step-by-step process towards becoming a successful country musician.

In addition to autographing steak cut fries for crazed fans, Darling will complete her tour of Nashville, TN this June and begin working on her new album. She still won’t kiss fans on the cheek, but she will have new material for listeners in the near future.