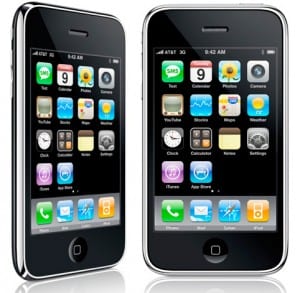 As a total apple fanatic I counted down the days to the release of iOS 4 for iPhone 3G last April. After much anticipation, not only were many of the exciting new features (multitasking, home screen wallpaper) not available on my “antiquated” 3G, the iOS 4.0 upgrade made my phone unusably slow. 35 seconds to open a text message? Come on Apple – you must be kidding. So off to the Genius Bar I went and after a short protest my “genius” handed me a brand new 3G with iOS 3.1 installed.

I happily used iOS 3.1 until this November when Apple released 4.2 (I skipped 4.1 after reports of only minimal speed increase). Apple promised the 4.2 update would significantly boost the performance of my poor old 3G. Excited again to upgrade, I literally rushed home.

After the “upgrade,” while trying out the performance of my new and “improved” 3G I noticed my entire iTunes library had been erased from my phone. No bother – sync and update again. No dice. Five attempts at an upgrade later I was still without my music and now all of my contacts. After reading a few articles I finally realized the update had somehow “lost” the file locations and re-assigned folders accordingly. With bated breath I tried out 4.2 and like a brick (irony) to the face I was quickly hit with the fact that while this might have been a speed improvement from 4.0 or even 4.1, it definitely was a bit slower than iOS 3.2 which I had previously been running.

Now after all of the money I have sunk into Apple products in the past four years, including a Macbook, Macbook Air, iPhone 3G, iPad and iPhone 3GS (for my boyfriend), I feel cheated. I am the first one in line to buy whatever new gadget Apple rolls out, but does it really take a class action lawsuit to release an upgrade that doesn’t render a 2 year-old iPhone practically useless? I could whine Apple’s iPhone update saga for days so really all there is left to say is “Goodbye iPhone… Hello Windows Phone 7.”