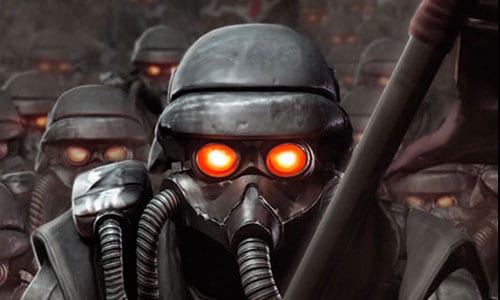 UPDATE: Hey Folks, all of the beta keys have been given away, thanks for entering, and thanks for reading!

Oh, do I have your attention?

Blast Magazine has received a handful of Killzone 3 beta keys, and are ready to dish them out.  Winning is simple, all you’ve got to do is be a Blast Magazine member (or join and become one) and comment on this post — make it something Killzone related though. 5 random commenters will win a Killzone 3 beta code that they can use to try out next year’s hot anticipated PS3 shooter almost three months early. You can leave as many comments as you want, but that won’t increase your

Want even more of a chance to win? I’m going to be giving away four more codes on Twitter. All you’ve got to do is follow me @JoeSinicki, and tweet “Hey @JoeSinicki, I want a Killzone 3 beta code from Blast Magazine!” Also, be sure to look for our Killzone 3 coverage blowout in the next issue!

While you’re at it, follow Blast at @blastmagazine for all the updates from Blast Magazine.