NEW YORK — Think of Beauregard, the debut album from indie duo Pepper Rabbit, which will be released next week, as a musical scrapbook, truly global in its scope. Featuring Eastern musical influences and sampling the horn section of a Bayou funeral procession, the record was recorded in New Orleans in 2008 and 2009. Originally conceived as a solo project for frontman Xander Singh, Pepper Rabbit’s other half is Luc Laurent.

Leading up to CMJ, Singh jotted down thoughts about the band and his personal musical tastes. 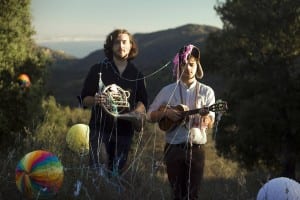 XS: A good selection of Patton Oswalt stand-up on the iPod.

Pepper Rabbit plays at 8:30 p.m. Friday at Cake Shop, and at 1 p.m. Saturday at Cameo Gallery.