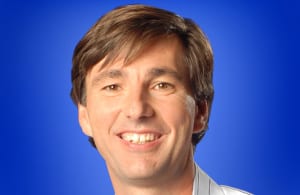 Microsoft has announced that it has promoted Xbox head Don Mattrick to the role of President of Interactive Entertainment Business after former president Robbie Bach stepped down earlier this year. Mattrick’s new duties will include PC and mobile interactive entertainment as well as his previous duties as Xbox, Xbox Live and Zune head.

“Today’s promotions underscore the strength of Microsoft’s collective leadership team and set us up well to execute against a powerful lineup of products this fall,” said Microsoft CEO Steve Ballmer.

Since joining the Xbox team in 2007 as the company’s Interactive Entertainment’s Senior Vice President, the Xbox 360’s install base has swelled to 42 million units, with Xbox Live growing to 25 million users.

Along with Mattrick’s move, Kurt Delbeen has been named President of the office division, with Andy Lees becoming the head of the mobile communications business.

“Not only is the team ready to capitalise on major momentum with our existing products like Office, SharePoint and Halo: Reach, but they are simultaneously bringing entirely new experiences to market with Windows Phone 7 and Kinect for Xbox 360.”