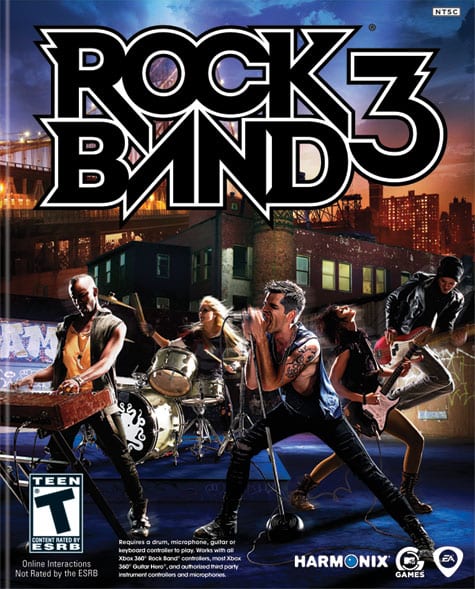 There can be no doubt that the whole Rock Band/Guitar Hero music game genre isn’t what it was just a couple of years ago. So,  if the genre is dying a (somewhat) slow death, Harmonix is clearly going out with guns blazing. Their latest permutation of Rock Band, Rock Band 3, will include many new features, such as Rock Band Pro mode, which aims to fill the gap between expert Rock Band players and actual musicians. Proving this is the new 25-key MIDI keyboard controller, and a fully functional 6-string, Rock Band compatible, Fender Squire Stratocaster. Now, that doesn’t necessarily mean that one would be forced to play these instruments the “real” way, but, you could work your way up to that point, if you wanted to put in the work. 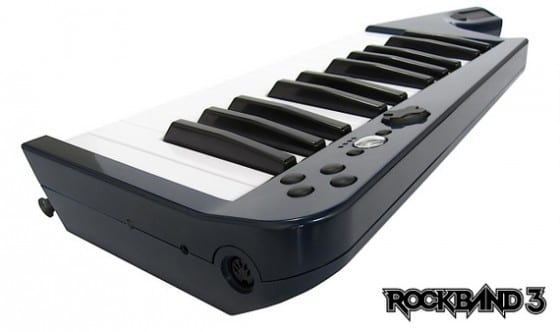 Harmony vocals, which made their debut in last year’s The Beatles: Rock Band, will also be included in Rock Band 3, bringing the total number of players to seven, if you’ve actually got that many friends to come over and play. Other new features worth noting are the ability to change instruments or the game’s difficulty mid-song, an enhanced story mode, all new animations, the fact that the majority of the new instruments are being developed by Mad Catz, and all new “iTunes Genius-esque” ways to sort through your Rock Band music collection. 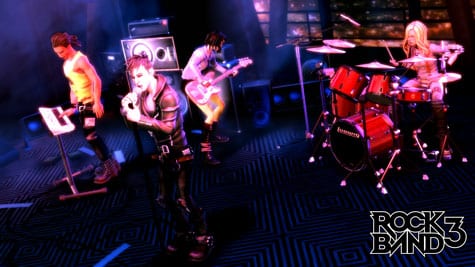 Finally, some of Rock Band 3’s 83-song set list has been revealed, and it unsurprisingly includes some keyboard heavy songs such as “Break On Through” by The Doors (fuck yeah!) and “The Power Of Love” by Huey Lewis and the News (double fuck yeah!) Other songs are:

Rock Band 3 will be released this fall, for the Xbox 360, the PS3, and the Nintendo Wii.
For more on the game, check out rockband.com