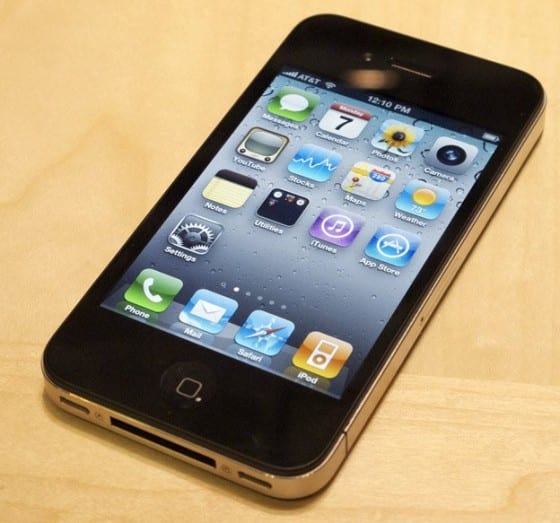 Ok, so unless you’ve completely avoided all things media related in the last 24 hours or so, you already know that Steve Jobs announced the iPhone 4 at Apple’s Worldwide Developers Conference, this past Monday. Well, what you may not know is some of this phone’s shiny new proverbial bells n’ whistles.

The iPhone 4 has a new processor — the A4 — which Apple says makes the phone faster than competitors and faster than the processor in the iPhone 3GS. Apple debuted the A4 processor as part of the iPad in January

The iPhone’s operating system, which Apple calls iOS 4, got an upgrade along with the iPhone 4’s hardware. Among the most-awaited changes is multitasking, which means that the phone can run multiple applications at once. Want to listen to record a voice memo and check e-mail at the same time? Well, now you can with iPhone 4. Welcome to 2008, Apple

The quality of the iPhone 4’s camera is improved over previous models, but in my opinion, that’s not saying very much. The iPhone 4 shoots photos with 5 megapixels of resolution, compared to 3 megapixels before. That’s still not the best on the market. The HTC Droid Incredible has an 8-megapixel camera, and should (to me) be the new industry standard. The iPhone 4 also shoots HD video, and a video-editing app called iMovie, which Apple will sell, allows people to shoot, edit and share videos with the phone. Oh, and what’s clearly a “catch-up move”, Apple has added an LED flash to the camera, so users can actually take photos at night now. Again, welcome to like 5 years ago.

In addition to the back-of-the-phone camera improvements, Apple also added a second camera to the iPhone 4, which faces its user. This can be used for video conferencing, which Apple and Jobs expect to be an emerging trend in mobile phone use, but more than likely will just be used to that dudes can show other people how huge their penis is on Chatroulette.com, just now while they’re driving.

The iPhone 4 is flat on the front and back, and a band of stainless steel goes around the edge as a trim. This isn’t just a design feature, Jobs said. It’s actually the antennae. Nice. Sexy AND cancerous, all at once.

With 326 pixels per inch,  four times that of previous Apple phones, Steve Jobs says the iPhone 4’s “retina display” screen is years ahead of anything else on the market. “Text looks like you’ve seen it in a fine printed book, unlike you’ve ever seen on an electronic display before,” he said. “Once you’ve used a retina display you can’t go back.”

Still no Verzion (WTF!?)
Yup, sorry folks. The god awful AT&T (now with an even WORSE data plan!) still has a stranglehold over the iPhone, and it doesn’t look like that’s going to change anytime soon.