The Sims 3 has been a runaway hit on PC and Mac. Millions have gobbled it up, two expansions have hit the market, and you’d think Electronic Arts would be content with simply dominating the PC market. But you’d be wrong.

The company today announced that it’s bringing the zany life-simulator to a slew of home consoles and portable. The Sims 3 will come to Xbox 360, PS3, Wii and DS this coming Fall. 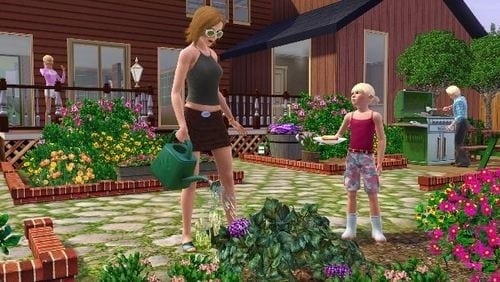 The PC version. No screens of the others yet.

PS3 and Xbox 360 versions will feature Facebook inter-connectivity and the Wii and DS versions will have their own exclusive goodies as well.

“We’re bringing players the best console and handheld game for The Sims franchise to date and are excited to offer a unique experience for all types of gamers on their platform of choice,” said executive producer Sam Player in EA’s announcement.

Check out the announcement for more details and keep reading here for more, as EA reveals in the coming months.