Dragon Age: Origins was one of our game’s of the year from 2009, so it’s understandable that, when given more of the same just a few months later in the form of an expansion, we would be pretty pleased with it. That’s not to say this is as good as the original game, as there are reasons to like it less, but what is here is worth playing if you enjoyed the original, as it expands on the Dragon Age universe and allows you to return to doing what you liked best about Origins: slicing Darkspawn into itty bitty pieces.

Awakening allows you to build a new character from scratch–an Orlesian Grey Warden commander come to aid Ferelden–or import one of your Origins characters with their equipment, statistics and abilities in place. Personally, I enjoyed taking charge of my previous character more than using the new one, as Awakening is a 15-20 hour expansion, and not a 40 hour epic–reacquainting yourself with former companions and others you met on your adventure has more meaning than if you meet them with a brand new face, but that’s a personal preference. The tie-ins are also stronger if you import a character, since some of your past information is used within the game as well as in the endings, though it’s not as strong a correlation as in say, Mass Effect 2. 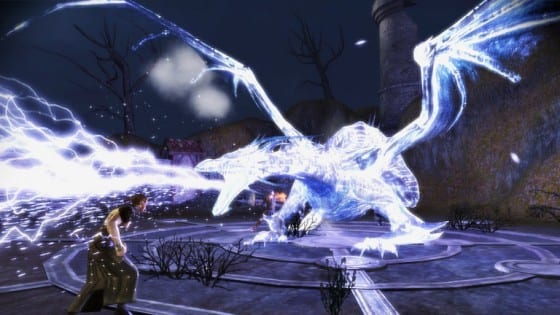 You have new abilities that you unlock past level 20, which means your strategy from the previous title has the ability to adapt and change to meet your new needs and to keep things fresh for you. There’s also an (almost) entirely new cast for you to befriend (or aggravate–up to you really). The one returning character was a favorite of mine who I felt wasn’t fleshed out enough in Origins, so it’s good to see that Awakening rectifies that by cranking his/her personality up to 11 and letting him/her loose. Also, as a Grey Warden commander, you now have the right of conscription, so if you meet an angry individual that you would like to be in the Wardens, and they want no part of it, then their other option is death. Have fun toying with people’s lives!

The basis of the story is that you are now (SPOILERS if you haven’t played Origins, but if you haven’t, what are you doing here instead of waiting in line at the store to get it?) that you are now the Grey Warden commander in charge of the now deceased Arl Howe’s lands. You have to govern the people there (some of whom want you dead for your part in the death of Howe) as well as protect the citizenry in both the farmlands or the city–it’s up to you to distribute the troops to where you think they are needed most. You have an economic advisor who you can listen to or ignore as well–again, it’s up to you. If you upgrade Vigil’s Keep to its full potential though, you will see the effects of your handiwork when the time is right and appreciate what you have done. As for story-changing decisions, outside of choices you can make with individual characters there is really just one major moment, but for a very focused expansion that’s not much of a surprise, even for a BioWare title. 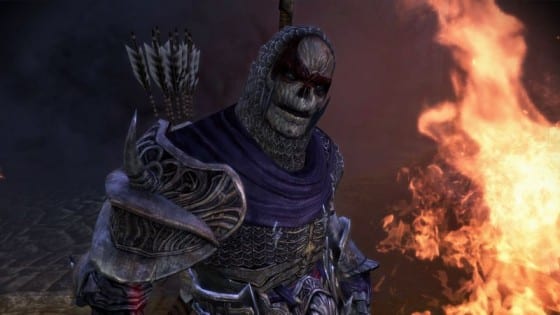 The Darkspawn have not fled for the Deep Roads, as they always do after a Blight, and they seem even more organized now than they were when an Archdemon was leading them. It turns out they do have a new leader pulling the strings, and this leader, like many of the Darkspawn you encounter, can now talk–picture an Orc with a working brain, and you would be on the right track. Since Darkspawn were enough of a threat already before they were capable of organization, sneak attacks and strategy, you need to get to the bottom of things before all of Ferelden is faced with something even worse than a Blight.

While the lack of major plot decisions isn’t a turn-off for Awakenings, the lack of conversation with your party members is. They only talk to you if they have something to say–you aren’t going to be exploring their psyche, poking and prodding at them like you did in Origins. While on the field they are all business, and don’t have time to talk to you. One of the characters even just groans and says you’re like a nagging child every time you try to speak to her. While back at camp, they talk to you, but again, only if they have something to say–you can’t just go up and explore the character through conversation like you could in Origins. It’s a shame, and kept me from feeling as connected to certain party members, whereas in Origins, conversations allowed me to take a liking to characters that, based on my first impressions, I would never have bothered to use in battle or on the field.

Because of the lack of plot twists though–meaning that, outside of completing or not completing sidequests, there isn’t much differentiation between playthroughs–Awakening also does not have the replayability of Origins. My best advice would be to use your favorite character from Origins, and maybe play through again as the Orlesian commander, but, if anything, you’ll just want to play Origins again after completing Awakening. As an expansion of the brand, it certainly succeeds, but it’s not as successful of a standalone product as Origins, despite being better than all of the DLC released for that title thus far.

Blast Factor: If you were a fan of Dragon Age: Origins, then this is a necessary purchase that expands the Dragon Age universe and gives you another reason to return to the lands you’ve defended once before. If you weren’t sold on the idea of Dragon Age before, this game will not change your mind. It doesn’t have the same replay value as Origins, but it’s definitely worth at least one playthrough for fans of the franchise.

Dragon Age: Origins – Awakening is available on the Xbox 360, Playstation 3 and PC, and retails for $39.99. A copy of this game was given to us by the publisher for reviewing purposes.