One of the most exciting titles headed to the PSP this year has got to be Metal Gear Solid: Peace Walker. The first gameplay trailer was posted by konami on youtube yesterday. There is some pretty rad stuff shown in this trailer, especially the Dark Knight-esque parachute used to airlift incapacitated enemies out of the combat zone called the Fulton Recovery Device. You also have an invisibility blanket, a scanner for disabled bodies and a slew of tranq darts.

The point is that this time you play as Big Boss, and there’s like an army of Snake clones that can play the game with you via online co-op (up to 4). You’ll play through what happens between MGS3 Snake Eater, and the original Metal Gear.  This one is personally directed by Kojima as well.

After watching the trailer, you’re likely to move this one to your must-buy list. No matter how corny it gets, there’s just always something special about Metal Gear. Peace Walker is available May 25th in the US… 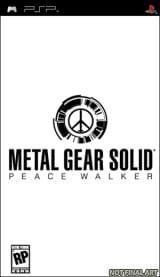