Razer, makers of PC accessories revealed a flashy new Xbox 360 controller today at the Consumer Electronics Show in Las Vegas, and for a first foray into a new demographic, this controller looks spot on.

Called the Orza, this controller has customizable buttons and sticks and is said to be a true upgrade to the first-party offering Microsoft is selling. 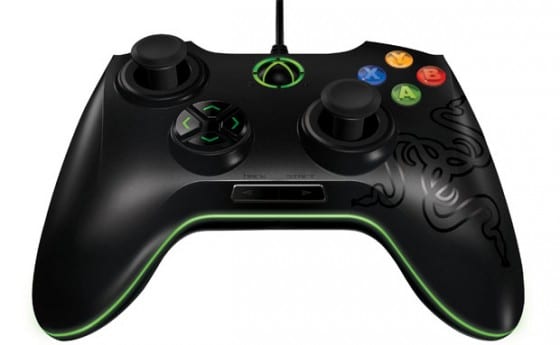 Destructoid, who had hands-on time with the gadget, said the best part was its fully adjustable analog sticks. In its report it is said that the tension can be altered to your preferred play-style, which is always a good thing.

Additionally, the D-Pad, always a finicky little bugger on the official controller, is said to do away with the problems and may look and feel something like the pad on Sony’s Dualshock line.

The CES pre-production models shown on the floor of CES are not yet finalized but when they do release sometime in 2010, they’ll sell for $49, the same price Microsoft sells its for. War!