Electronic Arts today announced a new batch of downloadable content from Tim Shafer’s Brutal Legend by the name of “Hammer of Infinite Fate” coming to PS3 and Xbox 360 next week.

The content for the third-person metal-infused action/adventure game introduces a series of new skins, weapon upgrades, multiplayer maps and unlockable achievements to the world. 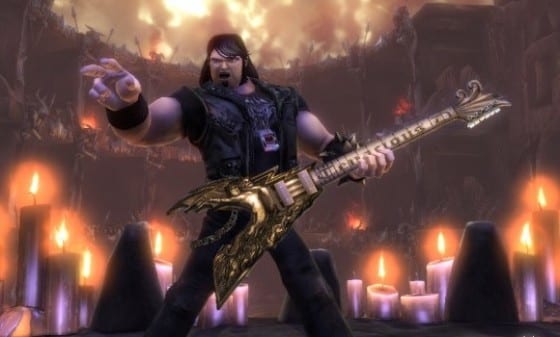 With the DLC gamers can deck out main character Eddie Riggs in three new outfits, namely the Mountain Man, Black Metal and Zaulia Threads and can enjoy four new multiplayer maps and new outfitting, including the Oculus of the Lost, a GPS-type device for Eddie’s ride, The Deuce which points to valuable items.

Creator and designer Tim Schafer loves his game and is an all-around funny guy.

“I’m excited about the beard, or course, and the new achievements and trophies,” said Tim Schafer, President of Double Fine Productions. “But the thing I really can’t wait to get my hands on is that Oculus of the Lost. Using it to find the last Bound Serpent isn’t cheating, because it looks so cool on my car.”