“Pit Bulls and Parolees” premieres tonight at 10 on Animal Planet. On Sunday, look for Dr. Drew’s sex rehab show on VH1 at 10 p.m., and another reality program, “Styl’d” to start off on MTV at the same time. 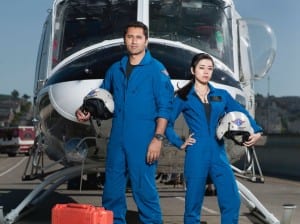 NBC is canceling its brand new drama, “Trauma,” with the production stopping after the initial 13-episode order. NBC has not said whether or not it will even air the remaining episodes. NBC did order six new mid-season episodes of “Chuck,” so it’s not all bad news. This expands the season to 19 episodes. “Chuck” was originally going to open after the Winter Olympics, but it may come sooner.

ABC announced that “Scrubs” will premiere with two episodes on December 1 at 9 p.m. The regular time period will be Tuesdays at 9. “Better Off Ted” will premiere December 8, and will regularly follow “Scrubs” at 9:30.

Syfy ordered 13 new episodes of “Being Human,” an American port of a British series based on three roomates — a ghost, vampire and werewolf — who lead double lives. The show will premiere in the summer.

Finally on this Friday, we know that NBC is working on a “Monk” ripoff with a few twists. Variety reported that a washed up magician with agoraphobia will be approached by an elite law enforcement group to use his talents to solve the hard cases.