Valve, makers of Team Fortress 2, invite gamers to the first annual Halloween spectacular in the cartoony world of the frenzied shooter with themed achievements, exploding pumpkins, scary costumes, and a new zombie map. 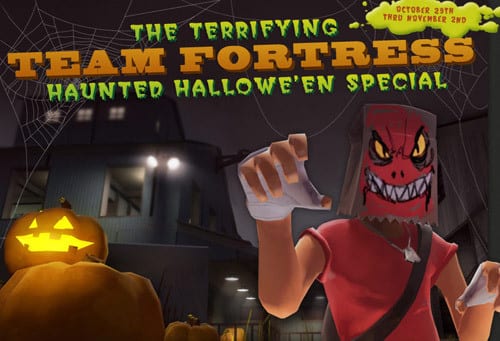 Beginning today and running through until Nov. 2, gamers can get their freak on in TF2 on a new KOTH map called Harvest, that Valve promises will kill you.

Additionally, frightening masks can be unlocked by earning some new Halloween-themed achievements including “Attack o’ Lantern” and the wonderfully named “Candy Coroner.”

How does a video game company keep fans interested in their game years after it released? Oh yeah, this is how!