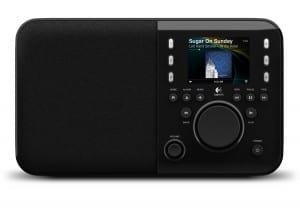 Logitech finally released details on its newest additions to the Squeezebox series of internet radios, and they’re just as exciting as we’d hoped.

The Logitech Squeezebox radio offers simple set-up through your wi-fi network sporting a similar “plug it in, turn it on, and go” endorsement from its maker. The Squeezebox radio gives you access to all the glories “" and terrors “" of internet radio as well as giving you access to music subscriptions services such as Napster, Rhapsody, Pandora, Sirius-XM and last.fm from anywhere you take the device, played through on-board speakers.

The device also has a color screen capable of displaying album art and track information for mp3s streamed from your computer as well as for radio station information. Features include six preset buttons, a brightness sensor for the screen, a built in alarm clock and, because technology isn’t advanced enough to pipe the music directly into your skull, your old friend, the handy dandy 3.5mm headphone jack is there as well. 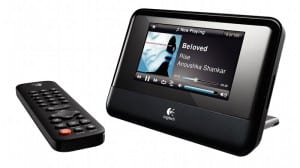 The Logitech Squeezebox Touch sports a 4.3in color touch screen and needs to be attached to your existing speakers for music playback. The Touch also sports a USB port and a SD card slot to allow access to pictures and music on external devices. The Logitech Squeezebox Touch will be available in December with a suggested retail price of $299.99. There is also a wall mount bracket available for the Touch”"again, sold separately”"for $99.99.