There was a certain something to the female singer/songwriters of the 1990s, or at least the albums released back then. Heather Nova’s “Oyster and Siren,” Sheryl Crow’s “Tuesday Night Music Club” and her self titled 1996 album, 1993’s “The Honesty Room” from Dar Williams. Whether it was something in the production style, the song structure, who knows? It was edgy without being in your face. It had a certain vibe, and each artist was unique within this genre. 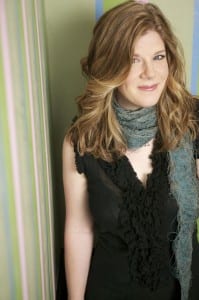 One might be happy to hear that Dar Williams has not lost that edgy, unique, creative vibe.

One might be happy to hear that Dar Williams has not lost that edgy, unique, creative vibe.

Williams is ready to set out for her latest tour this August in support of her newest album, Promised Land, and the album is refreshing among the many artists these days with compressed vocals, basic chord progressions and sometimes hackneyed lyrics.

Songs like “It’s Alright” and “Summerday” pull in listeners with foot tapping upbeat country and folk sounds, while songs like “Holly Tree” concentrate on poetic storytelling skills within the carefully crafted lyrics.

Producer Brad Wood worked with Williams on the album, and the production value is evident. Wood has worked with Liz Phair, Sunny Day Real Estate, and produced such albums as Placebo’s Placebo, and Smashing Pumpkin’s Adore. The percussive, ambient, and creative production style listeners experienced in albums like Adore weave their way into Promised Land comfortably and effectively. “Midnight Radio,” which Williams covers from the stage musical and film “Hedwig and the Angry Inch,” creates an eerie ambiance while the vocals shine. “Book of Love” incorporates driving bass and strings which contrast with the authentic vocals, while “the Tide Falls Away” brings melodic drum fills and expressive guitar riffs into the evocative waltz.

The album brings us thoughtful stories and colorful characters, blending properties of folk music into what Williams calls “the big picture of how people approach life.”

Williams will highlight the album on her tour along with works from previous albums. She will be stopping in Lowell at the Summer Music Series on August 7 before heading to L.L. Bean’s Summer Concert Series in Freeport, Maine on August 8.