With Microsoft and Razer joining forces to produce their Habu mouse, that really leaves two major companies fighting it out in the world of computer mice, specifically hardcore gaming mouses.

The Logitech G5 Laser is regarded by many as the best pure gaming mouse on the market, so we decided to take a look at the G9 to see if it’s the next evolution or just a bunch of cheese. 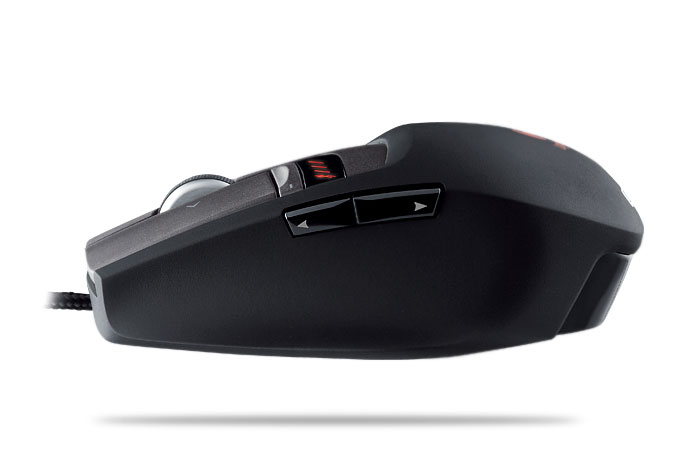 The first thing we noticed about the G9 Laser Mouse was how different it was compared to the G5. It’s a different size and shape, the buttons are different, heck, even the wheel is different.

The second thing we noticed was that it was very impressive in its own right.

The mouse has all the standard gaming bells and whistles including nine buttons, a 4-way tilt wheel, on board adjustable sensitivity and weight and that Logitech hyperscrolling where you flick a finger and the wheel spins and spins and spins.

The wheel lock/unlock button has been moved to below/the feet side of the mouse, which we don’t necessarily mind as long as the laser is off.

The G9 is a corded mouse. Many gamers, this one included, haven’t made up their minds about cords versus cordless. On one hand you have a wire to worry about, and on the other, batteries. We’ll leave that one alone.

The mouse tracks very well, saves gaming profiles via on board memory, and has decent drivers that let you customize all the buttons. Overall, it’s a great mouse and a solid option for PC gamers.