One of the biggest titles we go to see at PAX East wasn’t one we were able to play but simply a game that we watched in action. Developed by Frostkeep Studios, Rend is an upcoming survival game that combines common elements of the genre and brings it online. We got to sit down with developer David Talley as we walked us through the a pre-alpha build of the game and showed us what we are in for.

Rend takes place on a large triangular map where rival factions occupy each corner. When you start a game, you get to choose which faction to play on—the Conclave, the Order, or the Revenant. For now, it doesn’t make a difference which faction you join but each one can hold up to 20 players. Everyone starts off on a corner of the map, but eventually you’ll need to venture closer to its center and even on enemy territory as you progress through the game. Certain ingredients, for example, can only be found outside your biome and will require planning to survive.

The game itself is based off Norse mythology and each faction is essentially offering souls to the creator. This basically means with every enemy you kill, your faction gets closer to ascending to the heavens and being crown the winner. To make it even more of a spectacle, the giant tree Ygdrassil stands in the center of the map and indicates which faction is closer to winning with their giant symbol on its trunk.

Twice a week, the game will also have a period of time called the Reckoning when your faction’s shields will go down forcing opposing sides to attack one another in combat. Servers themselves will also hold different Reckoning times so you can decide which one works best for your schedule before joining.

Each game is planned to last two months, and after a winner is declared, the servers will reset and players can start over. David told us his team is still considering on finding the ideal length of time for the game. You don’t want to spend too much time playing a survival game and then watch everything you did get taken away, but you also don’t want it to go away too soon before you can really invest some time into it.

A survival game at heart, Rend will let you craft nearly anything. From weapons to armor to special private chests—you can build anything as long you have the resources for it. This also means you need supplies like food and water to avoid dying. If you do, you’ll be resurrected as a spirit and will need to find your body where you last left it—hopefully, with your items still intact. And that’s the beauty of the game too. Your weapon and armor will not deteriorate after you build them so even latecomers can pick up some really strong weapons at any point in time.

Considering it’s a team-based game, your entire faction has access to the resources you gather, and you can determine how you will contribute. Skill trees allow you to level up your character and focus on four different character classes like an assassin, soldier, survivalist, or a mystic—each with unique abilities and talents. Additionally, doing certain tasks like cutting wood or sewing clothes can influence separate skills which you can also increase. Figuring out what you will be focusing on looks to be an important part of the game considering your faction will depend on each player’s individual impact. 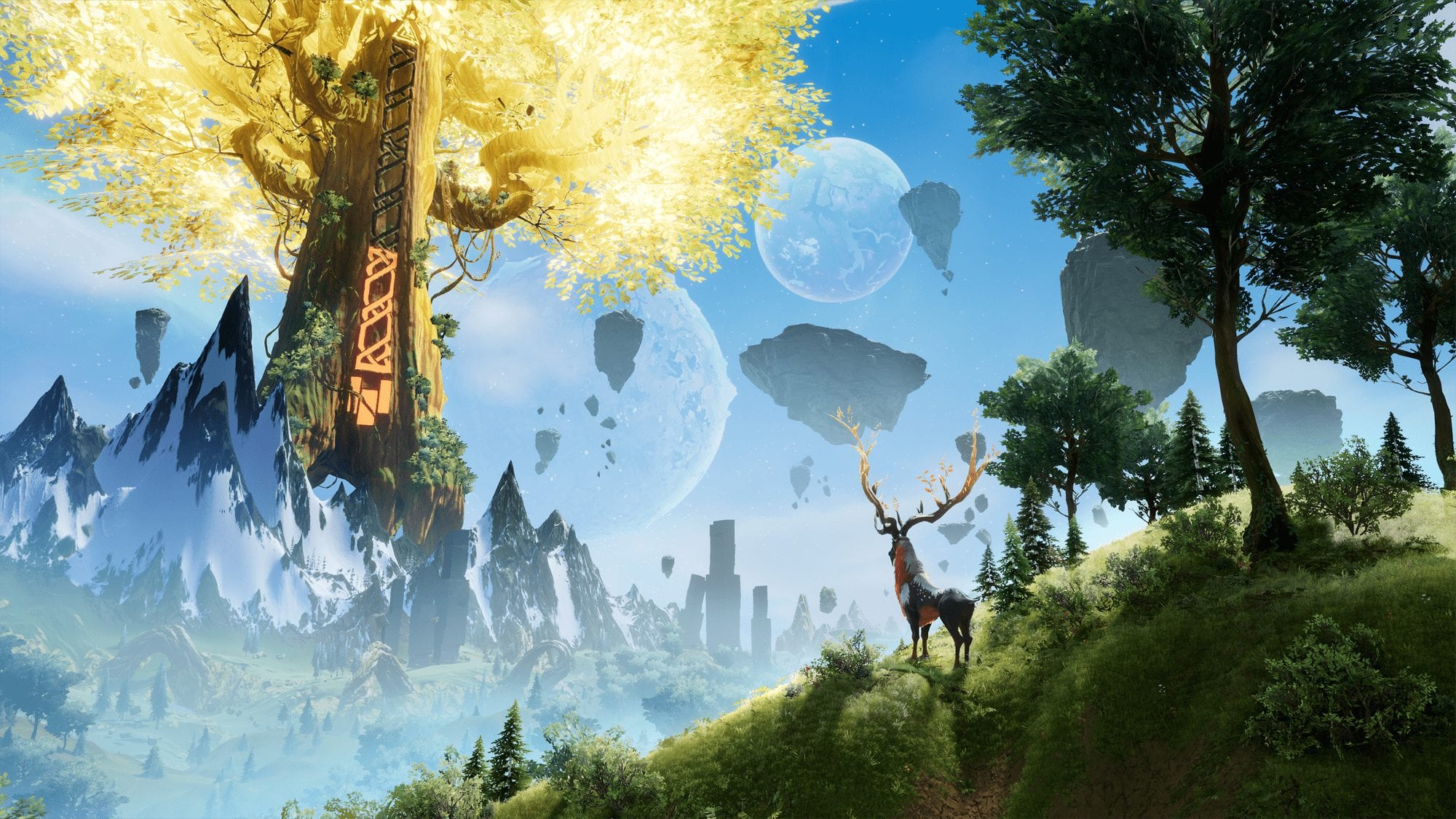 Even if you’re not an expert in the genre, the developers plan to include helpful balancing components to make the game more fair and to make it inviting to all skill levels. You don’t have to focus on combat if you don’t want to, for example, and simply focus on crafting and foraging for items will still help your team when soldiers are going into battle. If one faction is in first place, random events like meteors or an increased number of monsters will also appear in their area to let other players catch up.

From what we saw, Rend seems like it will be an epic-sized game. Still in pre-alpha, its map looked massive and the random creatures roaming everywhere made the world really come alive. Just imagine that with 60 players running around trying to kill each other.

Rend is set to enter Steam Early Access later this year. You can also sign up for the game’s upcoming invite-only alpha by heading to Frostkeep’s website.