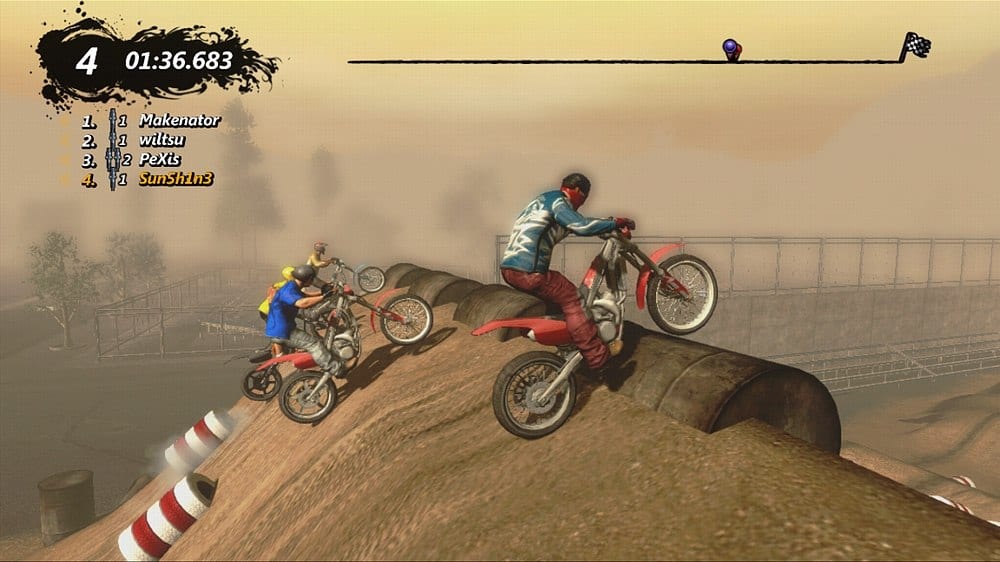 Having broken records for the most units sold in a single day and being the highest rated Xbox 360 game on Metacritic this year, it’s no wonder Trials Evolution has already been played by over 500,000 players a month after launch.

One of the reasons the game has drawn so much attention (aside from its great reviews,) is that the game offers an engaging sharing system called Track Central that lets players upload their own custom levels and download new ones. The game’s leaderboards have also been keeping players busy.

“To date, players have created more than 60,000 custom tracks and skill games, using the exact same editor we used to build our own levels within the game,” said Tero Virtala, Managing Director of RedLynx. “Those same players have recorded more than one million entries on custom Leaderboards associated with user-created tracks, they have given more than 800,000 reviews of UGC within Track Central.”

Trials Evolution is out on Xbox Live Arcade. Check out our review for the game and find out why this game’s so popular.