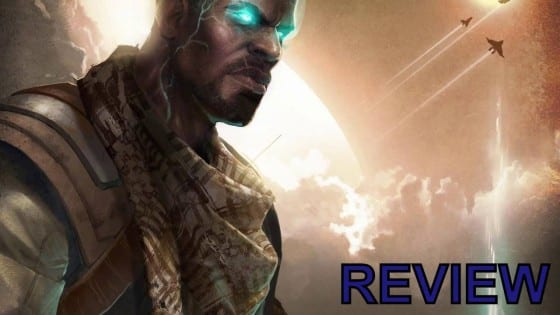 Starhawk is one of those games where a lot could have gone wrong. The developers at Lightbox Interactive and Sony Santa Monica were quite ambitious and tried to incorporate a ton of different environments, genres and mechanics — normally a recipe for failure, but not here. Starhawk works — and it works well; even when it shouldn’t.

Dripping with style, Starhawk is an absolute joy to get and cause some chaos with. Of course, it does have its drawbacks like a short campaign and some slight graphical issues, but don’t let that stop you from enjoying one of this year’s first truly great games.

Starhawk places players in the futuristic boots of rifter, Emmet Graves. In the distant future, rifters are humans who scavenge a series of planets, known as The Frontier for a precious yet dangerous resource known as rift energy. Of course, things can’t be that easy — the rifter’s way of life is threatened by the Outcasts, a group of humans mutated by the same rift energy everyone else is searching for.

Developed by: Lightbox Interactive
Published by: Sony Santa Monica
Genre: Shooter/Action/RTS/Defense
Platform: PS3
Play it if: You want to feel like Han Solo
Skip it if: You’re not looking to learn a slew of new mechanics
[rating:4/5]

The first hour or so into Starhawk, I was trying to figure out why the game felt so familiar, then it hit me. I’m this rogue character, scrounging for resources and trying to get myself out of trouble with corporations and enemies, only to jump into my dodgy craft and try to avoid my pursuers in a dog fight — I’m practically Han Solo. I just need a wookie. Starhawk drips with style and the mix of wild west steampunk and space combat is a unique setting that’s incredibly cool and fun to explore.

One of the major reasons Starhawk works so well is just how seamlessly everything blends together. In a typical battle, you’re likely to shoot out a ton of enemies, and then jump into your mech which can instantly transform into a flying ship so you can dogfight in space. This all happens nearly seamlessly, and there’s hardly any slowdown. It becomes incredibly cool and rewarding to move so quickly in between sections of the game. It also makes a good portion of the battles a lot more epic, as you’re often chasing the same group of enemies from land into space.

Starhawk isn’t just another action game though, the game features a number of mechanics from other genres, including strategy and tower defense. The biggest example of this is the game’s structure building system, which plays an integral part in the game’s core structure. You create everything from simple walls, to gates and even entire armories. Once the game tells you how to build them, you’re free to use them practically anyway you want in battle. The best part of all this is that building these structures requires them to fall down from the sky, and it’s an incredibly cool moment when you time it just right and it falls directly onto enemies.

As well animated and voiced as it is, Starhawk’s campaign is simply a primer for the game’s intense 32-person multiplayer suite, and it’s a primer you’re going to want to take. The game’s multiplayer suite requires your knowledge of each of the game’s mechanics to be successful. It may be a bit stressful at first, but the payoff involves some of the coolest moments I’ve had with a game in a long time. There are so many ways to take out your opponents, and games end up getting personal and find you going from ground to space all in search of your rival.

The Blast Factor: There could have been a million ways to screw up Starhawk, but, thankfully, Sony Santa Monica did a great job avoiding many of these pitfalls. What they’ve created is a fun, chaotic mix of genres that’s easy to fall in love with and hard to put down. Starhawk is simply a must own for PS3 owners.