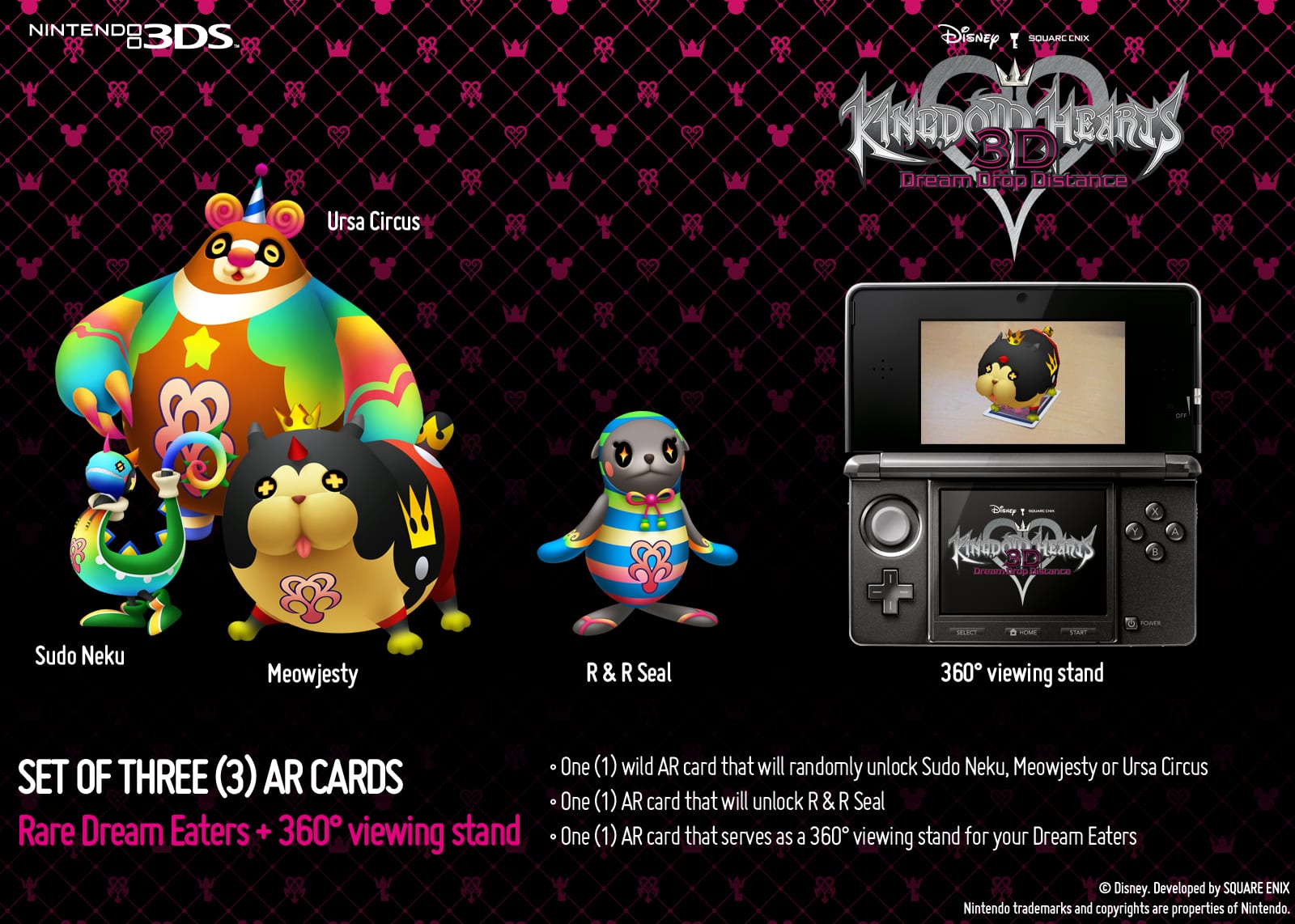 In Kingdom Hearts: Dream Drop Distance, Sora won’t be joined by his old pals Donald and Goofy, but will have to rely instead on the help of various Dream Eaters in battle. Each Dream Eater has unique powers and abilities and you can recruit over 50 unique colorful creatures during your adventure.

Square Enix wants to give players a few new friends when starting their game and will be providing special augmented reality cards to unlock two special Dream Eaters for those who pre-order Dream Drop Distance. One AR card will randomly unlock one of the three rare Dream Eaters: Ursa Circus, Sudo Neku or Meowjesty. The second AR card unlocks R&R Seal Dream Eater, and the last AR card unlocks a 360° viewing stand.

Kingdom Hearts: Dream Drop Distance will be available on July 31.