Atari hopes to rev up its mobile gaming market by adding an industry veteran to the team. Contributing over 20 years of experience, Former Glu Mobile Chief Creative Officer Giancarlo Mori has joined Atari as its new Executive Vice President of Product Development. 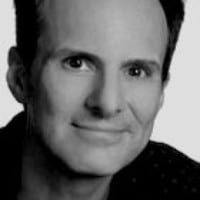 Mori’s role will be to oversee the company’s mobile strategies and development while also working on new games based on Atari’s world-recognized core IPs such as Asteroids and Centipede.

Prior to joining Atari and Glu Mobile, where he spearheaded the company’s shift from a  premium to freemium model, Mori held top positions at top game companies like Activision and Electronic Arts where he managed the Tony Hawk series, Gun, and the FIFA franchise, respectively.

“Giancarlo understands the complex nature of the evolving game industry, attained from nearly two decades of work for major interactive entertainment brands,” states Jim Wilson, CEO, Atari. “Additionally, his creative skills in mobile game development has proven incredibly valuable based on his most recent successes with Glu. The Atari brand has an opportunity to become a dominant brand in mobile gaming based on the strength of our IP catalog, and Giancarlo will be a key contributor to helping us realize this goal.”

With a resume and name like his, expect Mori to lead Atari in releasing a lot more mobile games than what it currently offers. Anyone up for a game of Missile Command iOS?