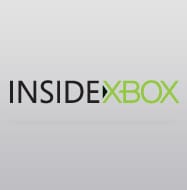 Microsoft  today announced that it is ending its programming of first-party content under the Inside Xbox brand. Shows like Major’s Minute, Featured Videos, and Insider Moves will cease production in the US and subsequently be unavailable in Canada, Australia, and New Zealand. Mexico and Japan will still continue their own first-party content “via other media outside of the Inside Xbox brand.”

“We will be leveraging third-party news and video content available through a variety of existing and future partners,” commented Xbox Live’s Larry “Major Nelson” Hryb, “and supplementing this content with select first-party offerings.”

Inside Xbox may be gone, but not the Major. “Everything else I do is unaffected,” he told Joystiq.