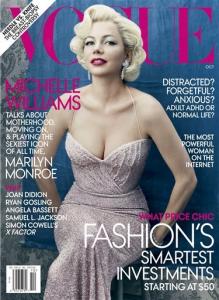 Michelle Williams said that all parts of her life have been altered since the death of her finance, Heath Ledger.

The 31-year-old actress says in the October issue of Vogue magazine that experiencing Ledger’s death has changed her career and how she acts toward others.

Ledger died in January 2008 after an accidental overdose of prescription drugs. He was 28.

Williams plays Marilyn Monroe in the film “My Week with Marilyn,” due out November 4. It focuses on Monroe’s life in 1956 while filming the movie “The Prince and the Showgirl.”

Williams says playing Monroe made her feel “like being reborn.”