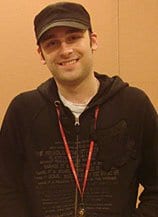 Ryan Payton, the creative director of 343’s Halo 4 has left the game’s development team and company. He’ll start his own company, Camoflaj, which already has two titles in development.

“I had a great run at Microsoft,” Payton told Kotaku. “I don’t regret one day of it. But after a few years, there came a point where I wasn’t creatively excited about the project anymore.” Payton tells the gaming website that he wanted to create a different Halo 4 than the team at 343 industries, but is still excited for the project. “The Halo I wanted to build was fundamentally different and I don’t think I had built enough credibility to see such a crazy endeavor through.”

Payton talked about his goals with his new company, and they’re lofty ones indeed.“Some people say I’m crazy, but I want to make a game that one billion people play at once, and it’s something that hits them harder than a great book or film,” said Payton.