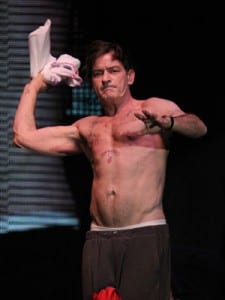 Charlie Sheen’s rich jingle-writing character, also named Charlie, will be violently killed off of “Two and a Half Men” to start the next season, TMZ reports.

According to the celebrity website, “Men” executive producer Chuck Lorre is looking to make sure Sheen will never be back on the highly-rated CBS comedy.

Whether it’s jumping off a cliff or some other, terrible, end, Charlie Harper is going to die, and the show will go on without him.