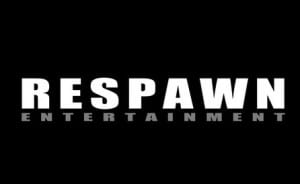 One of the most disappointing aspects of this year’s E3 was the fact that we didn’t see anything from Respawn Entertainment, the new studio formed by former Infinity Ward heads Jason West and Vince Zampella. Now, the week after show, we’re starting to get a bit of information on the mystery title.

The tidbits come from an E3 meeting with Frank Gibeau, EA Games Label President. ““Titles like Respawn – and I think the Insomniac title (Editor’s Note: The Insomniac game would later be revealed to be Overstrike) is a little bit more of an action game than a pure shooter – we’ll sprinkle those in where we see opportunistic gaps, either in a release schedule or in a genre standpoint,” said Gibeau. Those typically are more sci-fi oriented shooters, where as the Medal of Honor and Battlefield brands are obviously more modern military oriented. So it allows us to pick and choose the best of the sci-fi shooters. It allows us to compete with things like Gears and Halo and put them on places in our release calendar where they’re not cannibalistic to the core business and that’s the essential strategy going forward.”

Gibeau went on to say that EA will be alternating releases of Battlefield and Medal of Honor, but would release the as of yet unnamed Respawn title when the time is right, or when an “opportunistic window opens.”

Respawn Entertainment was formed by West and Zampella after a messy divorce from Activision and the Call of Duty: Modern Warfare series.